By Senator Iroegbu  with Agency Report

The deadly militant sect, Boko Haram, has received over $70 million from overseas between 2006 and 2011 to organise its campaign of violence, a media report has said.

The report, which quoted retired Major Chris Moghalu of the US military, also claimed that the sponsors of the insurgency in Nigeria were closely linked to al-Qaeda in the Arabian Peninsular (AQAP) and al-Qaeda in the Islamic Maghreb (AQIM).
It noted that in the collaboration with AQAP and AQIM, members of the militant sect had been receiving regular support in cash and kind to maintain the momentum of their sporadic attacks across Nigeria from the two foreign terror groups.

Quoting Major Moghalu, it said trans-national criminal activities including kidnapping for ransom, drug trafficking, weapons trafficking and armed robbery were being used by Boko Haram militants to raise funds to plan and execute attacks in the North-east, an area which has been under constant campaign of violence of the deadly sect.

Though the activities of the violent sect had substantially been restricted to the Northeast,  two recent bomb blasts in Nyanya in the outskirts of Abuja,  have shown how daring the group had become.

The first bomb blast at the Nyanya motor park claimed 75 lives, while the second bomb attack around the vicinity last week claimed 20 lives. 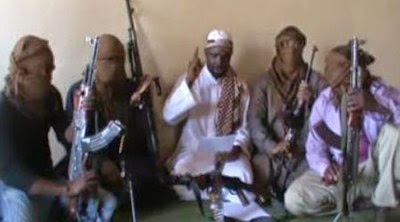