As Nigeria Scrambles For K St in The United States 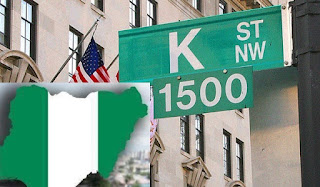 One of the most often used criticisms in American Politics over the most recent election cycles has been the perceived influence of the lobbyists on K St and their influence on Capitol Hill.  Most of the concern has focused on Domestic Legislation including what are known as pet projects or pork.

There is another facet of K. St that should be scrutinized. Various actors from overseas have sought a voice in Washington for decades.  This is true regardless whether or not it’s a Government dealing with an Insurgency or vice versa. Both sides have sought champions here in Washington, More often than not the focus has been on which Member of Congress they should reach out to.

One nation that falls under this criteria and seems to be lurching along from crisis to crisis is Nigeria.  Most analysts became aware of Nigerian efforts after the 2019 Presidential Polls in the country. The defeated candidate Atiku Abubakar reached a deal with the Firm Fein & DelVallle PLLC to assist him with challenging the results to claim that he was the authentic President of Nigeria.

The issue of elections in Nigeria is proving to be a potential source of income for lobbyists. The webpage for CLS Strategies that lists their International clients states that the PDP (People’s Democratic Party) is one of their international partners. This partnership should be closely monitored for a recent move by Facebook. A recent report found that this firm set up fake social media profiles in three Latin American Countries in an effort to disrupt the Venezuelan Elections.  If this action was discovered in this Hemisphere it shudders to think what operations that CLS Strategies will be willing to undertake in support of this client.

Another firm that the PDP retained is the Washington office of Ballard Strategies. The deal with the Florida based firm came into being back in 2018 with the firm providing support for the PDP for the 2019 elections as well. .

It should be noticed that it is not just established political parties in Nigeria that have reached out to K St for representation but fringe elements and separatists as well. One such entity is IPOB (Indigenous People of Biafra) which is considered to be a terrorist group by the Nigerian Government. In an effort to improve its image the group has contacted Mercury Public Affairs to represent them here in Washington.

The group is serious about how they want their image to be presented in Washington. On Social Media the group has been active in offering a safe haven for Nigeria’s suffering Christian Community on various social media platforms. When President Trump met with President Buhari in 2018 this topic was raised by the US President.  Promoting this subject is thought to be a way to ensure that their voice is heard here in Washington. It is way too early to determine whether or not this will bear fruit, but this cannot be ignored by Nigeria watchers.

In another interesting twist Mercury has denied that it was lobbying for Ngozi Okonjo-Iweala in her effort to be head of the WTO (World Trade Organization earlier this year. It should be noted that on June 5th of this year that Mercury Public Affairs registered with Congress to represent Ms. Okonjo-Iweala in both Houses of Congress.

Biafra is not the only flashpoint within Nigeria that has garnered attention on K St. The Governor of Kaduna State Nasir Ahmed El-Rufai had found a voice on K St back in 2007. He was represented by KRL International. Why is this important?  Over the last several months there has been violence in the southern part of the state. According to Human Rights Watch over 170 were killed in the first seven months of the year. The situation has led the local citizens to set up their own patrols. It is not clear what the current status of this relationship currently is but Kaduna is becoming an area of concern.

The situation in Nigeria remains fluid and at certain instances rapidly moving. It appears on the surface that the relationship with Washington is paramount and they desire to make sure that their voices are heard on the Potomac.  This is irregardless whether or not they want to gain political power or even to form their own state. The other side of this coin is the willingness by some groups on K St that have the motive of providing any service to any client to earn the dollar. This is a most interesting partnership.

Gunmen suspected to be herdsmen reportedly kidnapped Rev. Fr. Jude Onyebadi from his farm on the Isele-Uku/Issele-Mkpetime Road in the Aniocha North Local Government Area of Delta State.

The victim, a Catholic priest, was kidnapped on his farm about two years ago and released a few days after.

Fr. Onyebadi, who is the resident priest at the Saints Peter & Paul Catholic Church, Issele-Azagba, a neighbouring village, was said to have been taken into the bush alongside three of his workers.

The four victims were reportedly kidnapped around 7pm on Saturday but the three workers were set free after five hours, while the priest was being held incommunicado.

Community sources told our correspondent that a search party organised by the family members, in conjunction with local vigilante groups, had not achieved the desired result.

He said, “The local government vigilante groups are still combing the bush as of Sunday afternoon to rescue the priest.

“Since Saturday night, the abductors have not established any contact with the family or the Catholic Diocese of Issele-Uku to state their demands.”

The Police Public Relations Officer in the state, DSP Onome Onovwakpoyeya, confirmed the abduction of the priest on Sunday.

“The command has already activated its rescue operation with the intention of freeing the cleric unhurt and possibly apprehending the culprits,” Onovwakpoyeya said. 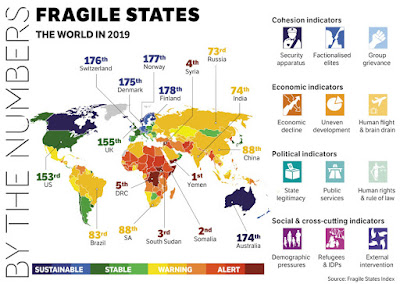 It is hard to imagine a comprehensive accounting of state fragility or conflict that does not focus on the role of security institutions and armed actors. The origins and nature of “fragility” in any society relate directly to how that society is organized to control and limit violence through formal and informal channels and institutions, including security institutions.1