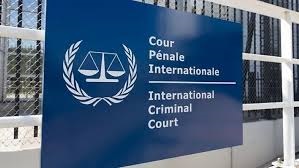 The Office of Prosecutor of the International Criminal Court (ICC) has outlined 10 possible cases it could press against Nigerian security forces and the three factions of insurgent groups operating under the popular name of Boko Haram.


The war against Boko Haram has lingered on since 2009, spreading to swathes of land in the Lake Chad region.

In an end of the year report on preliminary examination activities, the ICC prosecutor listed Nigeria among 11 countries being probed for alleged war and international human rights crimes.
Other cases being investigated alongside that of Nigeria include those in Venezuela, Colombia, Guinea, Iraq/UK, Palestine, Republic of Philippines, Ukraine and Bangladesh/Myanmar.

Nigeria is among those in phase three of the investigation stages dealing with admissibility, which is the last stage before the conclusion of investigation under the ICC processes.

Nigeria ratified the ICC instruments in 2001, giving the international court jurisdiction over international human rights crimes committed on the territory of Nigeria or by its national.

The report, dated December 5, 2019, explained that the office of the prosecutor has examined information regarding a wide range of alleged crimes committed in Nigeria, since 2010.

“During the reporting period, the Office has updated its subject-matter assessment to include alleged crimes occurring after March 2015.”

The Boko Haram splinter organisations, according to the report, include the one headed by the most known face of the North East insurgency, Abubakar Shekau; the Islamic State in West African Province (ISWAP) and the Ansaru faction.

The ‘crimes’
Boko Haram and its leaders, according to the international prosecutor, may have to answer for “targeted attacks against the civilian population; abductions and imprisonment of civilians; attacks against education (including schools, teachers, and schoolchildren); recruitment and use of children to participate in hostilities.

Other possible cases are Boko Haram “attacks against girls and women; attacks against buildings dedicated to religion; attacks against personnel or objects involved in humanitarian assistance”.
The possible crimes against the Nigerian security and Civilian Joint Task Force (CJTF) include “killings, torture or ill-treatment of military aged males suspected to be Boko Haram members or supporters in northeast Nigeria”.

Nigerian officials could also stand trial for “attacks against the civilian population and recruitment and use of children under 15 to participate in hostilities,” the latter accusation is particularly targeted at the CJTF.

Other possible crimes
In addition to crimes relating to the protracted Boko Haram war, the report also identified military actions against members of the Islamic Movement in Nigeria (IMN) and the Indigenous Peoples of Biafra (IPOB), among others.

“In particular, during the reporting period, the office worked on finalising its assessment on subject-matter jurisdiction with respect to the events which took place in December 2015 in Zaria, Kaduna State, when members of the Islamic Movement of Nigeria (“IMN”) reportedly clashed with the NSF.
“Other allegations that the Office has been reviewing include allegations with respect to the conduct of the NSF against members of the Indigenous People of Biafra and communal violence in Nigeria’s North Central and North East geographical zones.”