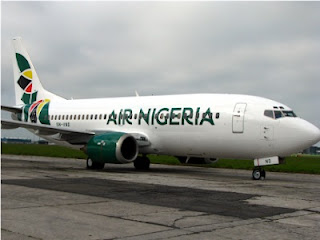 Tougher security screening may be awaiting Nigerians who are planning to visit the United States (U.S.) and other European countries in the wake of the escalated face-off between America and Iran. Aviation security experts said the measure would now be necessary with the suspicious Wednesday’s Boeing plane crash in Iran.


The Nigerian Civil Aviation Authority (NCAA) said they were watching the developments closely and would react as appropriate in line with the Federal Government’s policy.

Though there are no direct flights between Nigeria, Iraq or Iran, there are Nigerian passengers travelling on airlines that are directly connected to the crisis, and a source of concern for industry watchers.

Aviation security consultant, Group Capt. John Ojikutu (rtd) yesterday said Nigeria should be worried about flights going directly to the U.S. and possibly to some European countries, especially the United Kingdom (UK), the same way the airlines from these countries would be concerned about all passengers they carry from Nigeria.

“Security screenings of passengers and their carry-on luggage and the hold baggage would now be enhanced than ever before. These countries would come out with security directives for their airports, their airlines and to countries into which their airlines operate. I won’t be too surprised if the USA TSA audit of last week is not unconnected to the incident of Friday in lraq between the U.S. and Iran,” Ojikutu said.

As at yesterday, the General Civil Aviation Authority (GCAA) in the United Arab Emirates (UAE) has called on the national air operators to evaluate flightpath risks that may affect aviation operations.
The GCAA said that it continued to monitor and assess regional developments, and would promptly take all necessary and appropriate measures.

The aviation regulator’s statement came after several airlines cancelled Iran and Iraq flights and re-routed others away from both countries’ airspace after Iranian forces fired missiles at military bases housing U.S. troops in Iraq on Wednesday in retaliation for the U.S. killing of an Iranian general, raising the stakes in its conflict with Washington amid concern of a wider war in the Middle East.
Ojikutu said more stringent measures and directives should be expected, as he urged the local authorities to also be proactive.

“Unfortunately, the meeting the President had yesterday (Wednesday) on the Iran/U.S. matter was on the economic benefit and included those responsible for oil marketing mainly. The police inspector general had taken some actions internally but forgot that the aviation is always on top of the list of targets of terrorists.

“I would have loved to see the integration of the intelligence from the National Intelligence Agency (NIA), Directorate of State Services (DSS), police, Immigration and the NCAA, so each can get the tactical intelligence for its operations,” he said.

A cybersecurity expert, Abdul-Ganiyu Ojuolape, agreed on the expected fall-out, given the affiliation of some Nigerians to the Shiite sects.

“I saw it coming, and unfortunately, we have to brace up for the worst. Ordinarily, we should not have been bothered but we are already neck-deep in support of the Iranians with the rally recently held in Abuja against the U.S. killing of the Iranian general. It is already a leeway for the U.S. to label all Nigerians as potential terrorists. We should expect more reactions as the matter unfolds,” Ojuolape said.

According to analysts, changed flight plans are expected to inconvenience as many as 15,000 passengers per day, lengthen flight times by an average of 30 to 90 minutes and severely bruise the aviation industry’s bottom line.

Iran is facing mounting pressure to explain the destruction of a civilian airliner near Tehran hours after Iranian forces launched missile strikes against U.S. forces.

Three Britons were among 176 people killed when a Ukrainian International Airlines Boeing 737 plunged into a nosedive and exploded shortly after take-off from Tehran’s Imam Ayatollah Khomeini International Airport on Wednesday morning.

Iran dismissed speculation that the aircraft was downed by a missile but said it would not hand over the black boxes from the planes to Boeing, in an unusual move likely prompted by high tensions with the United States.

The European Union Aviation Safety Agency (EASA) is studying the situation, a spokeswoman said. Airlines have taken more steps to avoid flying over conflict zones since 2014, when Malaysia Airlines Flight MH17 was downed by a missile fired from Ukraine, killing 298 people. But re-routing increases flight times and burns extra fuel.

Australia’s Qantas Airways said on Wednesday it would add 50 minutes to its Perth-London flight time and cut passenger numbers to carry more fuel as it re-routes around Iran and Iraq.

The FAA had already prohibited U.S. carriers from Iranian airspace and flying below 26,000 feet over Iraq after Iran shot down a high-altitude U.S. drone last June.

Lufthansa has stopped flying over Iran and Iraq and cancelled its daily service to Tehran as well as the next scheduled flight to Erbil, Iraq, the airline said on Wednesday.

Air France-KLM, which halted flights to the Iranian capital in 2018, said it was also suspending flights through Iranian and Iraqi airspaces “as a precautionary measure.”

British Airways said a small number of its flights would be affected by re-routing, without elaborating. Virgin Atlantic, Singapore Airlines Ltd, Malaysia Airlines, Air Canada and Taiwan’s China Airlines were also among carriers that re-routed flights.