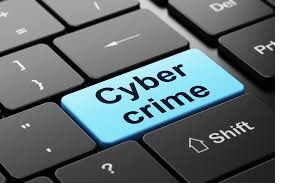 A cell of international cybercrime syndicate fleecing depositors of millions of dollars at banks across the world have been uncovered at a hideout in Ajah area of Lagos.


Targeting accounts with big limits of between $1million and $5million, the fraudsters, allegedly led by one Remijus Ekpe, were found to have swept huge sums from depositors’ funds using cloned websites of the Central Bank of Nigeria, United Bank for Africa (UBA), Union Bank, the International Monetary Fund (IMF) and those of American financial institutions including Chase Bank, USAA, and Wells Fargo & Company (WFC).

The cyber-crime syndicate, with foreign partners, was located and infiltrated by detectives at the Anti-fraud Unit of the Force Criminal Investigations and Intelligence Department (FCIID) Alagbon Close, Lagos, led by CP Dan Okoro, an officer with a reputation for cracking hard cases including murder and financial fraud.

According to Okoro, the fraudsters were working with insiders at the banks to obtain account and credit card details to defraud their victims.

Through what they called a coded advanced undercover investigation and high-tech forensic, the police found that the fraudsters targeted $130million in a particular bank account after receiving information from insiders at the bank.

“These frauds are going on and the banks are not informing members of the public, the customers, and innocent depositors,” Okoro said, as he disclosed that one Ifeanyi who clone websites for the gang is now in police net.

In one instance, a victim was fleeced of $1million which members of the syndicate shared using what they called 40-20-20-20 formula.

More than 50 audio recordings and videos have been retrieved from the mobile phone of the 42-year-old suspect, along with loads of forged documents of IMF, CBN, UBA; approvals from the Federal High Court, Abuja Division, and documents bearing the signature of a former President of Nigeria used in defrauding victims some years back.

NewsmakersNG obtained the forensic voice interception and voice evidence of the conversations of the fraudsters with their contacts inside the banks.

In one of the recordings, the leader of the syndicate was heard giving instructions to members to get a Union Bank account with a visa card and clone both sides of the card.

“All your guys working at Union Bank, talk to them,” the voice barked out an order.
The voice also requested for American, Canada, and UK credit cards, reminding the members in a conference call that “Yahoo is our only source of Income in Nigeria. It can never stop”.

He warned the members of a Facebook upgrade that facilitates the retrieval of a scammer’s status.
From the conversations, NewsmakersNG found that accounts with ATM cards are those prone to attacks and all the fraudsters needed from the insiders were the account information and bank details.

Hoping to pave the way for further development of police detectives at FCIID to effectively combat cyber-criminals the commissioner of police and his men today paid a visit to Cybersoc, a Lekki-based incident response and security services firm with capacity for thorough investigation and deterrence of cyber-criminals involved in fraud and identity theft with hacking or phishing.

The team of detectives were received by the Managing Director of Cybersoc, Mr David Dan, who told the visitors that the risk of cyber attacks would always be there, as he urged that Nigerians should take action, build knowledge and capacity.

After a tour of the firm, Okoro thanked Dan on behalf of the Inspector General of Police (IGP), Mr Ibrahim Idris. He described the visit as a huge educational process.

Speaking during the visit, Mr Gbade Alabi, the Chairman of CBC EMEA, a leading Technology and ICT player in Africa specializing in integrating ICT Systems and providing technology solutions, said, “The war is not the physical war anymore; it’s the cyber-war.”

“We’ve made arrests and the case is still being investigated, but we want to quickly warn members of the public to be very careful of such syndicates who are now demanding for credit cards and account numbers with the assistance of their collaborators who are insiders at the banks and corporate offices.

“People should keep their identities as secret as possible; that’s why they are called passwords and pin numbers. These syndicates are operating generally within the shores of this country and outside. Some of them are with us now, and we have been able to investigate them; they clone domain of people and clone websites, and they continue to operate as if they are members of the corporate bodies whose websites have been cloned.

“We are now investigating most of these areas that are in question. We have documents to show members of the public and those of them whose documents are shown should come forward for us to be able to streamline what is really going on. There are serious cyber-attacks going on now.

“We also stumbled on those who operated from Banana Island, in the name of transferring huge sums of money. We have equally arrested a young man from Union Bank in Bayelsa, who moved millions of money in the name of transfer. It was found to be a fraudulent transfer. The monies have been recovered and handed over to the owners. We are trying to get those operating in the names of some banks in the country. Lots of people who are insiders in these banks are concerned.

“The scammers’ clone ATM cards. Members of the public should be careful with their ATM cards. They buy ATM cards, pin numbers, passwords; these are the numbers used to source for penetration. Account officers divulge information from the banks.”

Ekpe, who slumped when he was arrested by the police, was found to have spent three years in jail, in Spain, before setting up his base in Nigeria.