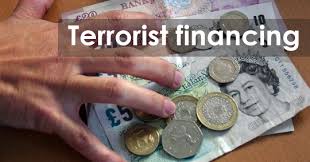 The Inter-Governmental Action Group against Money Laundering in West Africa, GIABA, on Thursday, said it was in support of bid by the Federal Government of Nigeria to freeze all bank accounts without a Bank Verification Number, BVN.


GIABA which is a specialised institution of the Economic Community of West African States, ECOWAS, responsible for facilitating the adoption and implementation of Anti-Money Laundering, AML, and Counter Financing of Terrorism, CFT, in West Africa, however stressed that FG must go beyond its “recent strong measures” against account owners without Bank Identification Number. It noted that FG had yet to comply with demand by the Egmont Group that the National Financial Intelligence Unit, NFIU, which is currently under the Economic and Financial Crimes Commission, EFCC, as well as other anti-graft institutions in the country, should be fully independent.

Speaking at the opening ceremony of the GIABA 28th Plenary held in Abuja on Thursday, Director General of the body, Col. Adama Coulibaly, applauded effort by the President Muhammadu Buhari-led administration to check illicit flow of looted funds within the sub-region. According to Coulibaly, “The very high level of expression of our gratitude to this government and his authority is to the dimension of his commitment to the promotion of the values of integrity and good governance as well as for the relentless fight against the scourges of transnational organized crime, including money laundering, terrorist financing (AML/CFT) and other related crimes, particularly corruption.

“The recent strong measures taken in this context, including the freezing of all bank accounts that are not covered by a bank identification number (BIN) to carry out transaction on all banking platforms in Nigeria for the benefit of the treasury are to be welcomed and should be complemented with those expected by the Egmont Group and the international FATF community to definitively give autonomy to the Financial Intelligence Unit vis-a-vis other national entities involved in the fight”. Meanwhile, in his address, the Director of NFIU who is also Nigeria’s correspondent in GIABA, Mr. Francis Usani, said Nigeria now has a solution that would adequately address all legal issues raised by the Egmont group which expelled the country from its fold owing to alleged leakage of classified information on investigations involving financial crime. Usani said he was optimistic that Nigeria’s suspension would be lifted early next year, even as he urged GIABA to continue sharing information at its disposal with intelligence agencies in the country. “I urge us to ignore the barriers that have overtime restricted us from sharing information within ourselves freely.

Let us create informal channels for information exchange especially within the GIABA FIU forum”, he pleaded. Likewise, the Attorney General of the Federation and Minister of Justice, Mr. Abubakar Malami, SAN, in his goodwill message, said Nigeria has continued to suffer devastating effects of money laundering, terrorist financing and the proliferation of small and light arms, as well as their predicate offense like corruption, fraud, tax evasion amongst others.

Malami said: “Let me start by saying that it is established fact that the effect of Monery Laundering and Terrorist Financing has corrosive effect on our socio-economic and political wellbeing. Money Laundering and Terrorist Financing deprives the human society of essential sustainable growth and development. It also, compromises the stability, transparency and efficiency of our financial systems, thus undermining economic prosperity. “Distinguished guests, let me inform you that in order to tackle the menace of Money Laundering, Nigeria has implemented the Single Treasury Account which helped in blocking leakages in the governing system in Nigeria.

“The Bank Verification Number is also an initiative implemented by this government with a view to provide information on account holding and transaction in the established banking system. “It is common knowledge that when you fight crime, those who benefit from the crime fight back and they fight dirty and even organise themselves into networks to beat the system. “Nonetheless, the administration of President Buhari has taken bold steps to restructure the institutions and strengthening the laws in order to maximise prosecution and conviction of offender, increase recovery of stolen assets and guarantee transparent management of recovered, returned or repatriated assets”.

While declaring the GIABA plenary session open, Speaker of the House of Representatives, Hon. Yakubu Dogara, harped on need for effective global collaboration to deal with the menace of terrorism, terrorists financing and money laundering. He said Nigeria was fully committed to complying with the global standards required of her by demonstrating political support to the relevant competent authorities in the country so as to deepen anti -money laundering efforts and combating financing of terrorism (AML/CFT) culture in Nigeria.

“The National Assembly will, when called upon for any legislative intervention to bring our system in tandem with global realities and requirements, do so with utmost sense of responsibility knowing the central role the subject matter of anti money laundering and combating terrorist financing play in the attainment of economic prosperity and global peace. “We must recognize the vital roles the agencies of government that are saddled with the responsibility of preventing and combating money laundering and terrorism play and pay due attention to their needs by making provision for adequate resources including the necessary legal framework to enable them function optimally. “Today, there is no gainsaying the fact that the narratives about the need for concerted effort to fight terrorism changed after the tragic incident of September 11, 2001 in the United States. Terrorist activity continues to be a major challenge for policymakers in both developed and developing countries. The magnitude of wanton destruction and loss of lives which terrorism leaves in its trail in most cases elicits universal reactions, such as revulsion, shock, condemnation, and uncertainty.

“The frequency of terrorist attacks in Africa has necessitated its recognition as a region warranting special counter-terrorism measures. In particular, the Boko Haram in Nigeria has been associated with the death of numerous Nigerians and destructions of properties worth billions of Naira. This is in addition to the disturbing trend of illicit financial flows orchestrated by corrupt public officials who at different times abused public trust for personal gains thereby occasioning the worsened economic woes of unemployment, infrastructural decay, insecurity and a host of other socio-economic problems. “We must realize as stakeholders that the criminals have globalized their activities and are now connecting across the globe seamlessly whilst the enforcers of the laws are hampered in no small measure due to lack of effective international cooperation and collaboration.

There must be synergy between the impoverished countries where monies may have been stolen and laundered from and countries where considered as safe havens where these proceeds of crime are kept. “I must commend the openness and willingness of so many countries across the word that partner with Nigeria to fight corruption and return to Nigeria monies and other assets that have been stolen and stashed away in their jurisdictions. “Nigeria is open to forms of cooperation permissible under the law and also in line with prevailing global best practices which could be expressed in unhindered Financial Intelligence Unit (FIU) to Financial Intelligence Unit (FIU) information exchange, or request for Mutual Legal Assistance (MLA) through the office of the Attorney General of the Federation and Minister of Justice.

“Once again, I would like to state that the Nigerian National Assembly has given and will continue to give all the needed legislative support to the on gong fight against graft in Nigeria. We are committed to working with the other arms of government; the Executive and Judiciary to effectively deal with the menace of money laundering and terrorist financing”, Dogara added.

Culled from: Vanguard Newspaper
Posted by Don Okereke at 6:37:00 am