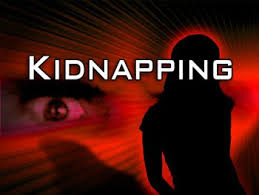 A medical doctor who was kidnapped on Thursday has been released. PREMIUM TIMES reported how the Chief Medical Director of the Federal Teaching Hospital, Abakaliki, Ebonyi State, Emeka Ogah, was kidnapped by armed persons at Ajaokuta axis of Kogi-Lokoja Highway.


Also freed were the Director of Administration in the Hospital, Christopher Ogbu, and the Director of Finance, Sunday Ugama. Both men were kidnapped alongside Mr. Ogah.
They were freed in the early hours of Sunday.
They trio were returning from a meeting in Abuja when they were ambushed by gunmen who took them to an unknown destination.
Though details of how they were freed are yet to be made public, the Chief Press Secretary to Governor Dave Umahi of Ebonyi, Emmanuel Uzor, confirmed their release.
“The true situation is that the victims have been released. I don’t know if there was ransom or not, but all I know is that the governor ensured their safe release. He was worried about their kidnap and urged security agents to assist to ensure they were released.
“The governor has absolute confidence in the police and other security agents”, he said.
The Chairman, Nigeria Medical Association in the state, Austin Ikwudinma, also confirmed the development. He appreciated the state government as well as security agencies for their quick
intervention.

Culled from: Premium Times
Posted by Don Okereke at 6:25:00 am