US, UK, Canada Warn Citizens Against Travelling to Kaduna, Borno, Adamawa, Others 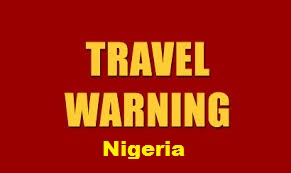 The United States and United Kingdom have warned their citizens against travelling to several states in Nigeria, including Kaduna, where international flights will be diverted to as from March 8, 2017.
The travel warning follows a recent announcement by the Federal Government of the closure of the Nnamdi Azikiwe International Airport, Abuja, for six weeks due to repairs on its runway.
Other countries that have issued similar warnings include Canada, New Zealand and Australia.


The countries, in their foreign travel advice, also asked their nationals not to travel to states in the Northern part of Nigeria — particularly Borno, Yobe, Adamawa, Gombe and Bauchi — due to kidnappings, terrorism, crime, inter-communal clashes, armed attacks, among others.

In its foreign travel advice updated as of February 24, 2017 on www.gov.uk, the United Kingdom’s Foreign and Commonwealth Office asked British nationals against all travels to Borno, Yobe, Adamawa and Gombe states.
Around 117,000 British nationals visit Nigeria each year, according to the FCO.

Except it is really essential, the FCO also advised against all travels to Bauchi, Zamfara, Kano, Kaduna, Jigawa, Katsina, Kogi, Abia and Plateau states.

It said, “There is a high threat of kidnap throughout Nigeria. Recent ones have occurred mostly in northern Nigeria but could happen anywhere in the country. Kidnaps can be for financial or political gain, and can be motivated by criminality or terrorism.”

Similarly, the Department of State of the United States on its website, www.travel.state.gov, asked American citizens to avoid all travels to Adamawa, Bauchi, Borno, Gombe, Kano, and Yobe states “because the security situation in the North remains fluid and unpredictable.”

The US said the warnings became important due to the risk of kidnappings, robberies, and other armed attacks.

With the exception of only Abuja and Lagos, the US asked its citizens to exercise “extreme” caution when travelling to Nigeria.

Canadians are also being warned to avoid all travels to Borno, Adamawa, Kaduna, Bauchi and others “due to the high risk of terrorism, inter-communal violence and kidnapping,” as stated on www.travel.gc.ca.
Canada only listed three cities in Nigeria that are safe for its nationals: Lagos, Abuja and Calabar.

New Zealand also told its citizens that they would be at “extreme” risk should they decide to travel to Kaduna, Adamawa, Bauchi, Borno, Gombe, Kano, and Yobe states.

In its foreign travel advice issued on www.safetravel.govt.nz, the country said, “There is an ongoing significant threat from terrorism and a very high threat of kidnapping in these areas. Any New Zealanders currently in these areas are advised to leave immediately.”

Except for Lagos, New Zealand also said there was a “high risk” to its nationals travelling to Nigeria due to terrorism, kidnapping and violent crimes.

The Australian Government has likewise issued a “Do not travel” warning to its citizens, as stated on www.smarttraveller.gov.au.

Citing the closure of Abuja airport for repairs, the travel advice added, “The alternative airport which will be used during the repairs, Kaduna airport, is located approximately 200 kilometres north of Abuja in a ‘Do not travel’ area.

The Australian Government said it would not pay ransom to kidnappers should they abduct any of its nationals.

A Lagos-based security expert, John Adeosun, said it was high time the Federal Government took the issue of security “seriously” in order to boost the confidence of foreigners in coming into the country for tourism and investment.

Culled from: Punch Newspaper
Posted by Don Okereke at 5:44:00 pm