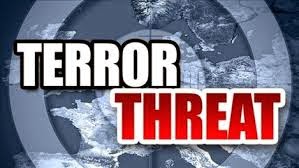 A terrorist attack in the UK is "highly likely" following attacks in other parts of Europe, a five-judge tribunal has been told.


Britain's intelligence agencies highlighted the seriousness of the threat as they defended themselves against accusations of engaging in the mass collection of communications data and UK citizens' personal information without proper legal safeguards being in place.

The charity Privacy International has taken the issue before the Investigatory Powers Tribunal (IPT) in London in a hearing expected to last four days.

Thomas de la Mare QC, for the charity, told the tribunal there was no form of "red flag system" in place to protect the privacy of UK citizens from the "aggressive use" of data collection powers given to the security services under section 94 of the Telecommunications Act 1984.

The accusations are being fought by the Foreign Secretary, Home Secretary, MI6, MI5 and Government Communication Headquarters (GCHQ).

James Eadie QC, for the security services, is arguing that section 94 powers have at all times been used lawfully as an "essential tool" to meet the "increasing" terrorist threat.

His written argument before the tribunal says: "The threat level currently stands at SEVERE (sic), which means that an attack in the UK is highly likely."

He states the principal threat comes from militant Islamist extremists, as was more than apparent from the recent tragic terrorist attacks in Tunisia, Paris and Brussels. He says Northern Ireland-related terrorism also remains a severe threat.

Privacy International says current secret government surveillance practices go beyond what was revealed in the case of whistle-blower Edward Snowden.

The charity says the security services hold large amounts of data about a wide range of people, most of which is unlikely to be of any intelligence interest.