United Cyber Caliphate Release Kill List, Names of Over 8,000 People To Be Assassinated 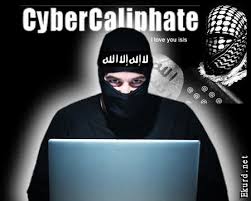 On Monday, 6th June 2016, a group that goes by the moniker - the United Cyber Caliphate released a kill list that included the names, home addresses and email addresses of some 8,318 individuals. It called on its followers to “kill them strongly to take revenge for Muslims.” The group also released satellite images of United States Air bases around the world (the same images can be found on Google Earth).
Out of 7,848 people identified as residing in the United States alone, 1,445 were listed as having addresses in California, 643 in Florida, 341 in Washington, 333 in Texas, 331 in Illinois, and 290 in New York. Another 312 names and addresses allegedly belong to people in Canada, while 69 allegedly belong to people in Australia. Another 39 are affiliated with the United Kingdom and the rest are listed with addresses in Belgium, Brazil, China, Estonia, France, Germany, Greece, Guatemala, Indonesia, Ireland, Israel, Italy, Jamaica, New Zealand, South Korea, Sweden and Trinidad and Tobago.

A recent report released by Flashpoint, an intelligence firm, stated that the United Cyber Caliphate was a result of a merger of several hacking groups back in April, adding that the Islamic State or  ISIS does not officially recognize the group.

“…it is important to note that because the pro-ISIS hacking effort is still an unofficial endeavor, neither acknowledged nor claimed by ISIS itself, it is still poorly organized (and likely under-resourced).”

The United Cyber Caliphate is the same pro-ISIS hacking group that allegedly hacked into the U.S. State Department records in April and released information on 43 employees it wanted killed.

The new kill list was released in both English and Arabic on Telegram, a messaging app that is known for its high level of encryption and broadcasting channels. Telegram is aware that ISIS uses their app and has attempted to block the ISIS affiliated accounts.

In a statement the company made to Business Insider back in November, Telegram said, “We were disturbed to learn that Telegram’s public channels were being used by ISIS to spread their propaganda” .

“As a result, this week alone we blocked 78 ISIS-related channels across 12 channels.”

But unfortunately, their efforts were not that successful. The Business Insider reported:

“Soon after Telegram blocked dozens of ISIS-affiliated channels, new ones started popping up in their place. And now the group appears to be employing new tactics to avoid getting shut down by Telegram.”

This new list, consisting of over 8,000 names, makes it the longest list ever released by the hacking group. It's unclear at this point why these specific names and address were selected, if they are somehow related, and if the list included information that could not be easily accessed online.

It is also unknown if any of the individuals on the list have been killed.