Armed kidnappers, at the weekend, abducted a lecturer, one Dr. Walter Ibe of the Department of Computer Sciences, Federal College of Education, Obudu, Cross River State, South-South Nigeria, from his residence and whisked him to an unknown destination. Dr. Walter’s abduction comes three weeks after gunmen abducted a lecturer in the University of Calabar and collected ransom from his family before his release.

Dr. Walter Ibe, a pastor of a Pentecostal church in Obudu, was in his residence on Saturday night when gunmen invaded his sitting room and abducted him in the presence of his family.

Chairman of the Cross River State Chapter of Pentecostal Fellowship of Nigeria (PFN), Pastor Lawrence Ekwok, who confirmed the abduction of the lecturer on Sunday, told newsmen that Ibe was the Public Relations Officer of the PFN in Obudu, and that the incessant abduction of men of God in the state to extort what he called  “blood money” from them was abhorring.

“PFN warns kidnappers who have taken the act of abducting men of God to extort money from them to desist from such action or face the wrath of God and we hereby call on the police and other security agencies to ensure the release of Pastor Ibe and arrest and prosecute the perpetrators of such act without delay.”

He said the kidnappers who stormed the home of the lecturer in a Toyota Camry without a registration number bundled him into the boot of his highlander SUV and drove him away.

The spokesman of the Cross River police command DSP John Eluu confirmed that Dr. Walter’s abductors had contacted the family and made a demand of N5 million, saying the police were on their trail. 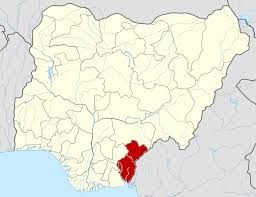