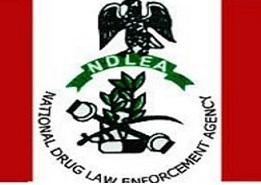 
The NDLEA Kano Airport Commander, Mr Ambrose Omoru, made the disclosure while briefing newsmen at the Airport in Kano on Thursday.

Omoru said the substance was intercepted on April 1, during an inward examination and clearance of luggage of Ethiopian Airline flight.

He noted that drug merchants had devised the new means of sending illegal narcotic drugs through unaccompanied luggage.

According to him, the consignor had checked in the luggage in Maputo Airport and declined to board a connecting flight in Addis Ababa to Kano.

He restated the commitment of the agency to fighting drug trafficking in the country.
“The agency will continue to discover the new tricks of the drug merchants in the illegal shipment of narcotic drugs with a view to tracking them down.

“On display is a combined total of 93kg of narcotic drugs seized during an outward examination of luggage at the SAHCOL Shed of Malam Aminu Kano International Airport in July 2015,” he said.
According to him, the drug was concealed in cartons of pressing irons mixed with hair attachments and slippers destined for Moputo Mozambique.

He said the Clearing Agent that brought the consignment to the Airport disappeared after sensing that the operatives of the Command had discovered the illegal drugs.

“We will continue to trail the movement of the Clearing Agent no matter how long it will take untill he is finally arrested and prosecuted,” Omoru added.

Culled from: Leadership Newspaper
Posted by Don Okereke at 7:37:00 pm