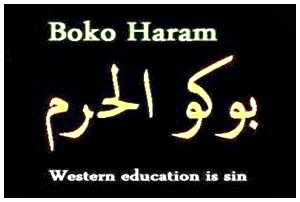 Addressing reporters after the destruction, the Brigade Spokesperson with Headquarters in Kano, Captain Eze Ikechikwu, said that 11 suspected were being interrogated.

Following the repeated attacks on Boko Haram fighters by troops attached to Operation Lafiya Dole in the Northeast, Boko Haram is said to have devised another means of attacking members of the public through a sort of traditional biological weapon.

According to the Army Spokesperson, 80 bags of assorted poisoned fish was apprehended in Hadeja Local Government Area of Jigawa State with intent to sell it to unsuspected members of the public in the North West region.

Captain Eze said that after all the necessary examination on the fish, the Army found it poisonous, hence would not be allowed to enter markets in the region, stressing that 80,000 naira and 11 mobile phones were also recovered from the suspects.

Meanwhile, the Nigerian Army is urging members of the public to remain vigilant on most of the frozen fish they purchase from their respective markets to avoid being victims of Boko Haram’s innovative biological weapons.

He urged them to report suspicious food items to the nearest security formations.