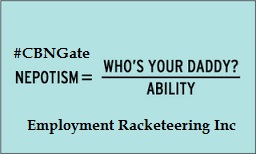 Security Agents, The Media MUST Be Dispassionate, Non-partisan
Akin to the coveted virtues of the judiciary, a remarkable characteristic of government security agents or agencies in saner climes is that they are dispassionate, non-partisan or neutral. The contrary seem to be the case in Nigeria. Unfortunately, the fixated drumbeating allegation that dogged the Department of State Security (DSS) during the tenure of President Jonathan prevails now. Please you guys need to draw a redline. Your allegiance and primary loyalty is to the country, not to the individual that recruited or appointed you. You don’t hear the FBI, CIA, MI5, MI6, MOSSAD amongst others getting involved in trivial issues or been used as ‘attack dogs’.
Mainstream federal and state government-owned media establishments in Nigeria are also immersed in praise-singing and partisanship. Immediately political allegiances switch, state-owned media outlets do nothing else than churn out propaganda for the incumbent, the NTA’s (Nigeria Television Authority) and the FRCN’s  (Federal Radio Corporation of Nigeria) of this world try to outdo each other trying to showcase phantom achievements of the current government. Please take a cue from the BBC, VOA; they don’t make it their sole responsibility to blandish Prime Minister David Cameron or President Barrack Obama.

Nigerian Youths, Refuse To Be Pawns!
A lesson for the youths, don’t risk your life being pawns or political thugs to politicians during elections in exchange for peanuts. When the deed is done and it is time for them to fill their allotted slots in the CBN, they will remember you are poorly educated and rather pencil down their wards. For the records, former Governor of Rivers State – Mr. Rotimi Chibuike Amaechi and the incumbent – Mr. Nyesom Wike were ‘’5 and 6’’ prior to now but are currently more like sworn enemies. The later was the former’s Chief of Staff when the going was good. President Buhari and Mallam Nasir El-Rufai, the current Governor of Kaduna state were at the opposite end of the political spectrum before but they are almost like Siamese twin now. The morale of the story, the elites, politicians are not worth dying for. Many of them have their kids in Ivy schools abroad and want you to be doing dirty jobs for them. The elites, politicians only care about their personal aggrandizement: who gets what. As they say, in politics, there are no permanent friends but permanent interests.

Reconciling President Buhari With His Campaign Promises
Talk was cheap during the 2015 electioneering campaigns. The political parties and their candidates were busy spewing lofty promises: assets will be publicly declared, Naira will be made equal to the Dollar, a chunk of the presidential jets will be auctioned to cut down profligacy, N5, 000 will be doled out monthly to 25 million poorest and most vulnerable, abducted Chibok school girls will be reclaimed right away, federal budgets will be sorted out before January, 20,000 jobs will be created per state in a year i.e. 720,000 jobs annually for the 36 states, a meal per day (to include fruits) will be provided to pupils in public schools nationwide, one million housing units in a year will be created for people with low income. The list is almost endless. Appearing to bask on buck-passing; now Nigerians are been told that some of those promises were made by the APC and not by Mr. President. Finger-pointing has become the order of the day.

The way things are currently playing out, especially the excruciating economic downturn bearing on Nigerians, free-fall of the Naira against the Dollar/Pounds, it’s multiplier-effects on prices of goods and apparent lack of viable solutions, absence of a crack economic team, sporadic petrol scarcity, depreciating power supply, random policy flip-flips, palpable inertia of this administration casts severe aspersions on the messianic credentials which President Buhari’s spin-doctors foisted on Nigerians prior to the presidential elections. Granted some of the problems are carry-overs but if the proof of the pudding is in the eating, the Buhari administration has definitely not found its mojo after nearly one year on the saddle. Considering that not much governance takes place in Nigeria during an election year, President Buhari has barely two years to prove his mettle and deliver his campaign promises. Writing under the banner: ‘’President Buhari, Don’t Offend Those Kids’’, Mr. Dele Momodu says, ‘’Mr. President and his Party would have to sit down urgently to reappraise things and come out with a tidier and clearer agenda containing the realistic plan for Nigeria and Nigerians in this dispensation. Sooner rather than later, the first year of this administration will come knocking. It would be disastrous if by May 29, 2016, we still cannot have a glimpse of where the government is headed or heading. The staccato, stop-start fashion by which things are being currently handled must yield way to a smoother policy manifestation and implementation. There are many things that need to be worked on speedily’’. Nigerians are asking: is President Buhari the one we are expecting or do we expect another? Die-hard proponents of the Buhari administration say it’s too early to judge him. Time will tell. One thing is sure; come 2019, Nigerians will not be hoodwinked by grandiose promises.

CBN Illegal Recruitment Synonymous With Perceived Lopsided Anti-Corruption Fight, Political Appointments
Kudos to Mr. President on the progress made so far in stifling endemic corruption in Nigeria but accusations of one-sidedness, double standard in the fight against corruption is jarring his hitherto perceived no-nonsense, guardian of integrity deportment. It is not late to make the anti-corruption fight across-the-board while imploring the anti-corruption agencies to always play by the rules; water-tight forensic investigation and prosecution will suffice than media trials. After all the chest-thumping, threatening fire and brimstone, the action taken against brazen ‘forgery’, ‘’irregularities’’ they branded it, of the 2016 federal budget was to scapegoat the then Director-General of the Budget Office, Yahaya Gusau while offering a soft-landing, redeployment to motley individuals culpable in that infamy. This is definitely not a good way to deter mete out punishment for corruption. A devil’s advocate may want to justify the aforementioned CBN illegal recruitments citing the lopsided manner Mr. President ‘shared’ so-called ‘juicy’ appointments to his backers, peers and folks from certain geographical regions of the country. This gambit is incompatible with Mr. Buhari’s cliché of belonging to nobody but belonging to everybody. Struggling to validate his skewed appointments while addressing the United States Institute of Peace (USIP) and responding to questions, Mr. Buhari reportedly asserted, ‘’I hope you have a copy of the election results. The constituents, for example, gave me 97% (of the vote) cannot in all honesty be treated on some issues with constituents that gave me 5%”. In furtherance of sacrificing merit, excellence at the altar of ‘na mu ne’, an accountant turned journalist from the north was made a substantive minister of education while his deputy is a southerner, an erudite academic professor with about 30 years’ experience. How do you rationalize that?

Nigeria will be better off if and only if the same amount of gusto channeled to the fight against corruption is equally directed to fix the economy. It took more than six months to constitute a cabinet and ten months after wresting power from the previous government, this administration is yet to constitute a crack economic team; the preference seems to be on ramping up media aides, Goebbels for propaganda. Otherwise how do you extenuate having about 4 or 5 media aides without an ace economic squad? See if you can head-hunt one Mr. Henry Boyo, a seasoned economist to be in your economic team. Please kindly explore ways your style of governance, decision-taking process can be expedited in this hackathon age where technology has blurred telecommuting and bilocation. While you are at it, cut down on your relentless globetrotting. Given your age, it is dangerous to rely solely on the information provided by motley sycophantic aides who may have vested interests or driven by personal aggrandizement. As they say, the buck ends on your table. If things go right, you take the credit and if things go wrong, please man up and take responsibility. Mr. President is plausibly far removed from realities on ground: he does not sleep without electricity at nights hence oblivious of the heat wave that Nigerians currently grapple with nor does he know how much a mudu of rice costs in the market. In that case, Mr. President relies on manipulated feedbacks and so-called ‘intelligence report’ from hangers-on. To this end, it may be advisable that Mr. President keeps his son – Yusuf – not too far from him, hopefully he is matured enough to tell his father the home truth even when other aides kowtow and cower to the President for not wanting to rock the boat. Given his tight schedule and dictates of office, it is pretty unlikely Mr. President will have all the time to sit down and meticulously peruse volumes of documents before appending his signature. Learn a lesson from President Jonathan; while he held sway, he was colossally eulogized by the same folks that are deriding him now. Ask Chief Edwin Clarke. President Buhari must surround himself with people that can look him eye-ball to eye-ball and tell him the bitter but gospel truth. British Prime Minister – Mr. David Cameron and Mr. Boris Johnson, the mayor of London, both of them members of the same political party – the Tories or Conservatives, openly disagreed over whether or not Britain should exit the European Union. Just few days ago, Iain Duncan Smith, popularly referred to by his initials IDS, also a Conservative member of the British Parliament resigned his appointment as Works and Pensions Secretary over frustrations, certain disagreements with Prime Minister David Cameron’s Government.  We need such ‘healthy disagreements’ than rankadede (bootlicking) in Nigeria. In other words, we must stop compartmentalizing those that dare to offer constructive criticism or disagree with certain positions of the ruling government as either not been loyal party faithful’s, enemies or ‘wailers’. Who else is following the #GuptaGate scandal in South Africa which roots from an incident where the members of the influential Gupta family, cronies of President Jacob Zuma landed a privately chartered jet at the Waterkloof Air Force Base in South Africa, a couple of years ago. This is not even newsworthy in Nigeria because it is public knowledge that private jets of cronies of folks in the corridors of power in Nigeria routinely land at the Nigerian Airforce wings of the Murtala Mohammed International Airport, Lagos, Port Harcourt, and Maiduguri amongst others. Imagine the bashing and scolding Mr. Zuma recently received from the South African Parliament over his relationship with the Guptas. Can the Nigerian National Assembly – the Senate or House of Representatives, question why President Buhari rolls with Bola Tinubu, Mr. Tony Blair or any other person?