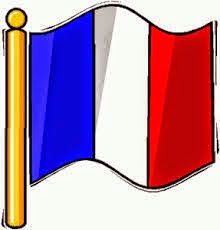 A new decree that went into effect today allows the French government to block websites accused of promoting terrorism and publishing child pornography, without seeking a court order.
Under the new rules, published last week by France's Ministry of the Interior, internet service providers (ISPs) must take down offending websites within 24 hours of receiving a government order. French Interior Minister Bernard Cazeneuve says the decree is critical to combatting terrorism, but civil rights groups say it gives the government dangerously broad powers to suppress free speech.

The regulations have been under consideration since 2011, but gained new momentum following last month's terrorist attacks at the Paris office of the satirical magazine Charlie Hebdo. The French government has launched a massive anti-terror campaign in the wake of the attacks, countering radical online propaganda with its own anti-jihad website and arresting dozens of suspected terrorism supporters. Last week, French President François Hollande announced plans to hold major internet companies accountable for sites hosting extremist content, saying the new law would make companies like Facebook and Google "accomplices" to terrorism.

"FRANCE'S GOVERNMENT NEEDS TO SERIOUSLY THINK ABOUT WHETHER THIS LAW WILL STOP TERRORISTS, OR MERELY CHILL SPEECH."

The decree implements two provisions from two laws — an anti-child pornography law passed in 2011 and an anti-terror law passed late last year. A department of the French national police will be responsible for identifying the sites to be blocked, with the suspected terror-related sites subject to review by an anti-terrorism branch. An administrator from the CNIL, France's independent data protection organization, will be charged with overseeing the process. Once a site is blocked, its page will be replaced with an explanation of why the government took it down. In the case of child pornography pages, the text will also include a recommendation to seek medical help.

Supporters of the measure say it's critical to preventing future attacks, pointing to the growing number of young French nationals who have joined jihadist movements in Iraq and Syria, as well as aggressive online propaganda campaigns from terrorist groups like ISIS.

"Today, 90 percent of those who swing toward terrorist activities within the European Union do so after visiting the internet," Cazneuves told reporters last week, after presenting the decree to French ministers. "We do not combat terrorism if we do not take measures to regulate the internet."

"THE MEASURE ONLY GIVES THE ILLUSION THAT THE STATE IS ACTING FOR OUR SAFETY."

But detractors have criticized the decree for circumventing France's judicial branch, giving the government broader powers to suppress free speech at a time of heightened security concerns.
"In light of the recent arrests that have followed the Charlie Hebdo attacks — many of which are clearly overboard — I would say that France's government needs to seriously think about whether this law will stop terrorists, or merely chill speech," Jillian York, of the Electronic Frontier Foundation (EFF), said in an email to The Verge.

Others question the effectiveness of the measure. Felix Tréguer, of the French online rights group La Quadrature du Net, says the decree risks "over-blocking perfectly legal content," adding that the domain name system (DNS) blocking that it calls for can be easily circumvented.

"The measure only gives the illusion that the State is acting for our safety," Tréguer said in a statement published today, "while going one step further in undermining fundamental rights online."