Hundreds of insurgents were said to have been killed in a joint operation by Special Forces and the Nigerian Air Force on Friday and Saturday in the volatile Sambisa Forest of Borno State, which has become a prominent hideout of the violent Islamic sect, Boko Haram.

What would have been a great victory for the Special Forces was, however, marred by an operational misunderstanding between the ground troops and the officers in the Air Force Alpha Jet.

It was learnt that mid-way into the operation, the Air Force Alpha Jet radioed the ground forces who had advanced in three companies, that they should withdraw because it was running out of bombs. While the second and the third battalions withdrew, the first company of soldiers did not get the critical operational order hence they had to fight their way in desperation back to their Base.

Defence Spokesman, Major Gen. Chris Olukolade confirmed that the Special Forces bombed the main operational headquarters of the insurgents where many of them were killed in droves. 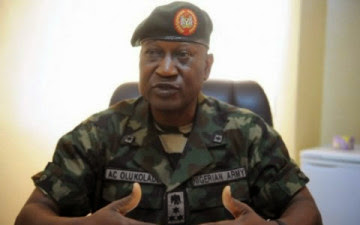 Awesome. Nigerians are heading to some where