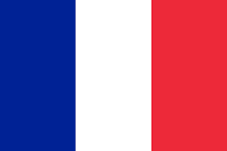 French police have arrested four suspects, including a former naval recruit, on suspicion of planning terrorist attacks on military bases.


The arrests, made on Monday, were announced by President François Hollande and confirmed by the interior minister Bernard Cazeneuve.

Cazeneuve said the four individuals, aged between 16 and 23, were “planning to commit a terrorist act against military sites”.

Their plan was uncovered after the principal subject’s online activities raised investigators’ suspicions, Cazeneuve said. The subject had allegedly made plans to leave for Syria.
“The inquiry is continuing, and the legal authorities will give more information when appropriate,” said Cazeneuve.

The minister insisted, however, that investigators had not made any link between the arrested suspects and the theft of explosives and hand grenades from a military base in the Bouches-du-Rhône earlier in July.
Investigators have not found any links between the suspects and two explosions at a petrochemical plant in southern France, Cazeneuve said.

Le Monde reported that the four suspects were planning to attack an unspecified military site in January next year and decapitate a high-ranking officer, recording the murder with a GoPro camera so it could be broadcast on the internet.

The minister said authorities managed to break up similar plots every week in France, where more than 300 people have been implicated in jihadi activities since 2012.
Culled from:
The Guardian
Posted by Don Okereke at 11:19:00 am