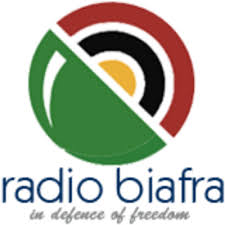 The Federal Government of Nigeria has jammed broadcast signals from Radio Biafra. This was announced by Permanent Secretary, Ministry of Information, Dr. Shade Yemi-Esan has said.


The development was the outcome of a meeting between officials of the Ministry of Information and president Buhari who took briefing from them on the activities of the ministry.

According to Esan who briefed Journalists after the the meeting, president Buhari also directed that producers of Nollywood movies should be made to have uninhibited access to what is due to them to ease their work, charging the Ministry to reduce the menace of piracy.

She said “The Federal Ministry of Information went to tell Mr President what we have been doing. The major activities in the ministry which are geared towards publicity of government programmes and how we get the feed back from Nigerians which influences policy decisions.

“We also talked to him about the nine parastatal that are under the ministry, the work they are doing and some of the challenges they face.

“We are happy with the response we got and the concerns of Mr President on the work we are doing, especially the publicity aspect. He wants us to intensify publicity because he wants every Nigerian to know about the policies and programmes of this government.

“He also raised concerns about piracy in Nollywood and he has instructed us to work harder to ensure that the producers of Nollywood films get what is due to them and that we reduce piracy to the barest minimum.
On Radio Biafra, she said “We also have a report on that. Right now the signals from radio Biafra have been jammed successfully by the NBC.

The commission is also working with security agencies to get those that are behind that radio because it is an illegal radio. It is not licensed by anybody to be on the airwave in Nigeria.”