Major General Tukur Buratai
The attack came two days after the chief of army staff, Tukur Buratai, vowed to compel the insurgents to beg for peace.

Mr. Buratai was not present at the time of the attack in the early hours, Reuters reported Tuesday quoting security sources.

Since his appointment last week, Mr. Buratai has talked tough about crushing the deadly sect responsible for nearly 20,000 deaths since 2009.

Speaking Sunday, the new Chief of Army said under his command, Boko Haram would either beg for peace or face the wrath of highly motivated and combat ready soldiers.

The Borno State-born Major General, who took over command of the nation’s army last week, said he was ready to lead soldiers to the dens and enclaves of the insurgents.

Mr. Buratai, who was in neighboring Yobe State to celebrate the Islamic eid-el-fitri festival with Nigerian troops, moved to Borno on Sunday afternoon.

“As Chief of Army Staff, I will be actively involved in this ‘Operation Zaman Lafiya Dole’ to end the madness of Boko Haram if I will have your collective maximum support and cooperation,” he said.

“Since Boko Haram terrorists have refused peace (Zaman Lafiya), we will now force them to accept peace.

“The peace that permeated Borno and transcended Lake Chad will soon return. My wish was to clear Konduga of Boko Haram vestige so that people can return home to rebuild their houses,” the army chief added. 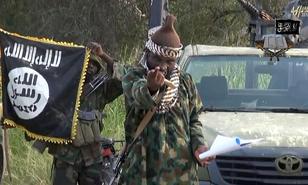