Suicide Bomber Kills Self, Police Officers At A Police Checkpoint In Damaturu

A suspected Boko Haram suicide bomber has killed himself and a police officer at a checkpoint ‎at the outskirts of Damaturu, Yobe State capital, witnesses said.

The checkpoint is located along the Kano-Maiduguri highway.

Sources in Damaturu said the explosion occurred at about ‎1:30pm when police officers at the said checkpoint stopped a suspicious Toyota Highlander heading for Maiduguri.

“As the policemen asked the passengers of the Highlander to disembark from the vehicle and file through the checkpoint one after the other, one of the passengers who had explosives hidden under his clothing, detonated the bomb, killing himself and a policeman”, Bukar Ali, an eyewitness said.

The source said other policemen and the passengers were seriously injured.

Police is yet to confirm the attack. 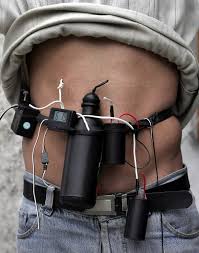