Beware! Car Hacking Is For Real, Car Brakes 'Can Be Hacked via Radio' 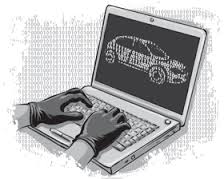 Several car infotainment systems are vulnerable to a hack attack that could potentially put lives at risk, a leading security company has said.


NCC Group said the exploit could be used to seize control of a vehicle's brakes and other critical systems.
The Manchester-based company told the BBC it had found a way to carry out the attacks by sending data via digital audio broadcasting (DAB) radio signals.

It coincides with news of a similar flaw discovered by two US researchers.
Chris Valasek and Charlie Miller showed Wired magazine that they could take control of a Jeep Cherokee car by sending data to its internet-connected entertainment and navigation system via a mobile-phone network.

Chrysler has released a patch to address the problem.
However, NCC's work - which has been restricted to its labs - points to a wider problem.
The UK's Society of Motor Manufacturers and Traders has responded by saying that car companies "invest billions of pounds to keep vehicles secure as possible".

Depending on the power of the transmitter, he said, a DAB broadcast could allow attackers to affect many cars at once.

"As this is a broadcast medium, if you had a vulnerability within a certain infotainment system in a certain manufacturer's vehicle, by sending one stream of data, you could attack many cars simultaneously," he said.
"[An attacker] would probably choose a common radio station to broadcast over the top of to make sure they reached the maximum number of target vehicles."
Mr Davis declined to publicly identify which specific infotainment systems he had hacked, at this point.

Such technology allows the latest cars to carry out automatic manoeuvres. For example, a driver can make their vehicle parallel park at the touch of a button.
Mr Davis said he had simulated his DAB-based attack only on equipment in his company's buildings because it would be illegal and unsafe to do so in the outside world.

But he added that he had previously compromised a real vehicle's automatic-braking system - designed to prevent it crashing into the car in front - by modifying an infotainment system, and he believed this could be replicated via a DAB broadcast.

"If someone were able to compromise the infotainment system, because of the architecture of its vehicle network, they would in some cases be able to disable the automatic braking functionality," he said.
Jeep attack

On Tuesday, Wired magazine reported that two US security researchers had managed to remotely take control of a Jeep Cherokee's air-conditioning system, radio and windshield wipers while its journalist was driving the vehicle.

Mr Valasek - director of vehicle security research at IOActive - said that NCC's attack appeared to have similarities with his own.
"I mean that's essentially what we did over the cell [mobile] network - we took over the infotainment system and from there reprogrammed certain pieces of the vehicle so we could send control commands," he said.
"So, it sounds entirely plausible."

But he added that such exploits were beyond the reach of most criminals.
"It takes a lot of time skill and money," he said.

"That isn't to say that there aren't large organisations interested in it."
More details about both the NCC and the US team's research will be presented to the Black Hat security convention in Las Vegas next month.