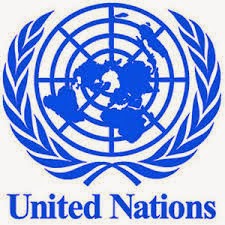 In Nigeria, the Islamic terrorist group, Boko Haram, has released women and girls from captivity and some are pregnant. Since 2009, the terrorist organization has been capturing, raping and sometimes forcing girls to marry in Nigeria. For example, in 2014, they abducted 500 girls from the northern part of the country, of which 276 were from a secondary school.


Now, unfortunately, the United Nations Population Fund (UNPFA) is pushing for abortions on girls who are pregnant from rape. A pro-life group called the Society for the Protection of Unborn Children recently spoke out against the UNFPA in a press release.
They wrote:

“While rejoicing that women and children, held captive by Boko Haram, have been rescued, the Society for the Protection of Unborn Children (SPUC) www.spuc.org.uk a campaigning organization with an outreach to Africa, is concerned by the presence of the United Nations Population Fund (UNFPA) which claims to be offering “counseling” to the freed women who are pregnant.

UNFPA is one of the leading international groups promoting abortion in the developing world. It is sending huge numbers of reproductive health kits to displacement camps in Nigeria where women rescued from Boko Haram have been taken.  The term “reproductive health” is used to cover a range of interventions including abortion. SPUC fears that these emotionally vulnerable, malnourished women will be pressured into aborting their babies.”


Thankfully, the Church of Nigeria recently stated that they oppose abortion, even in situations like these. A representative from SPUC, Antonia Tully, added, “Press stories have focused almost exclusively on the reported high number of pregnancies among the released women. It is extremely worrying that some of these women may undergo abortions, which could cause them further physical and emotional trauma in their already weakened state. The deaths of their unborn babies would add to the toll of lives lost in this tragic situation.”
As LifeNews previously reported, since President Obama took office in 2009, the UNFPA has given millions of dollars to China’s “population dynamics and family programs”. In other words, the pro-abortion group works along side the Chinese government to enforce their brutal one-child-policy. In fact, according to the Population Research Institute, abortion and forced sterilizations are more prevalent in countries where the UNFPA is active.