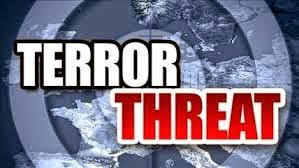 People are more likely to experience terrorism in Baghdad than in any other city in the world, while Bristol is ranked at higher risk than London, according to a new report. The report, which ranks 1,300 cities and commercial centres, says terrorism poses an "extreme risk" in the capitals of 12 countries, including Egypt, Israel, Kenya, Nigeria and Pakistan - based on what happened over the last six years.


Some 64 cities are categorised as "extreme risk" by Verisk Maplecroft, which advises business on risk management. Five cities in Iraq are most at risk, with Baghdad enduring 380 terrorist attacks, which led to 1,141 deaths and 3,654 wounded.

This is because Bristol and Cardiff have suffered attacks by anarchists and far-left radicals in recent years, while London - scene of the 7/7 bombings in 2005, in which 52 people were killed - has been relatively quiet. But they are at low risk in international terms.

In February 2014, three military vehicles in Bristol were destroyed in an arson attack claimed by a group called the Informal Anarchist Federation IAF). The IAF has also been linked to attacks on politicians' homes, the destruction of a broadcast mast and the sabotaging of train lines in the Bristol area.
There have been more than 100 anarchist attacks in the Bristol area over the last the last two years, but no-one has been killed.

Charlotte Ingham, from Verisk Maplecroft, said: "Despite low-level attacks by anarchists and left-wing radicals in cities including Bristol and Cardiff, commercial centres, above all London, remain the primary focus of Islamist militant groups looking to commit a large-scale terrorist attack in the UK.
"London's low level of risk in the index reflects the success of the British security services since the 7/7 attacks in preventing any further significant incidents." After the Charlie Hebdo and kosher supermarket attacks in Paris, which resulted in 17 deaths. the French capital has seen one of the steepest rises in the rankings (98).

Other captial cities at high risk are Kabul (Afghanistan), Mogadishu (Somalia), Sana'a (Yemen) and Tripoli (Libya). But Verisk Maplecroft says business is more likely to be threatened by what happens in Egypt, Israel, Kenya, Nigeria and Pakistan.

Nigeria, Africa's biggest economy, is battling Islamist group Boko Haram, responsible for the kidnap of hundreds of women and girls from a school in Chibok in April 2014. The capital Abuja is rated among the top 2 per cent of most at risk cities.

Nairobi, in Kenya, is the only other sub-Saharan capital to be included in the "extreme risk" category. This is due to the threat posed by the Somali Islamist group al-Shabaab, which carried out the Westgate shopping mall siege in September 2013.