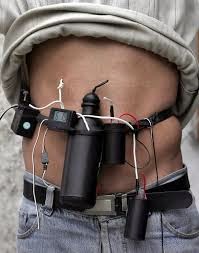 
Reports from the area indicated that 9 persons were feared killed while many more were injured.
Local residents told Newsmen that the suspect who posed as a dealer of cattle detonated the explosives on entry into the premises of the cattle market.

Another report had it that the bomb was planted within the vicinity of vegetable sellers when it went off.
Garkida town borders Borno State and is equally linked with the sambisa forest, the dreaded base of the boko haram.

The member representing Gombi constituency in the Adamawa State House of Assembly, Mr. Jerry Kumdisi has confirmed the incident.

Adamawa State Police Command could not confirm or deny the attack, saying that the incident falls within the preview of the military.

Garkida, is the early missionary settlers in Adamawa State and has witnessed series of boko haram attacks in the past.