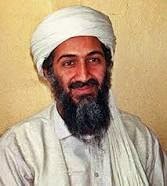 US intelligence officials have released a collection of documents they said were recovered during the 2011 raid on the compound in Pakistan where US forces killed al-Qaida leader Osama bin Laden.


The Office of the Director of National Intelligence said in a statement that the release of the documents followed a “rigorous” review by US government agencies and “aligns with the president’s call for increased transparency consistent with national security prerogatives”.

It said the 2014 Intelligence Authorization Act required the office to conduct a review of the documents for release.
“It is in the interest of the American public for citizens, academics, journalists and historians to have the opportunity to read and understand Bin Laden’s documents,” US House of Representatives intelligence committee chairman Devin Nunes said in a statement.

The released material includes a variety of declassified documents, a list of English language books recovered from the compound and material published by other militant groups.

Alongside scores of Arabic documents – mainly correspondence with key lieutenants, associates and groups spread around the Islamic world – are the contents of Bin Laden’s bookshelves. They reveal an eclectic reader with a predictable taste for classics of jihadi literature, a deep interest in both US foreign policy and a keen desire to see how his own organisation was being portrayed in the international media.

There are two works by Bin Laden’s mentor, Abdallah Azzam: Join the Caravan and The Defence of, Muslim Lands, both of which remain hugely influential among radical Islamists. Azzam led Arab “mujahideen” during the war against the Soviets in Afghanistan and laid down fundamental principles of violent Islamic extremism.

Bin Laden also had a copy of The America I Have Seen, a vitriolic memoir of a short trip to the US by the Egyptian thinker and activist Syed Qutb, considered the godfather of modern jihadi thinking.

There also appear to be a dozen or more books published by the international Islamist organisation Hizb ut-Tahrir.

However, much of the reading appears to be broader, ranging from Yale academic Paul Kennedy’s Rise and Fall of the Great Powers to a work by Noam Chomsky. Shelves are devoted to specialist publications – notably those of the US Combating Terrorism Center (CTC) – on radical Islam. These included book-length analyses of divisions among jhadi thinkers and a complete sets of documents seized from al-Qaida in Iraq and published by the CTC.

US forces killed Bin Laden, leader of the militant organization responsible for the 9/11 attacks on the United States in which about 3,000 people died, in a raid on a compound in Abbottabad, a Pakistani city that also was home to a Pakistani military base.

Nunes said Wednesday’s release of 86 new reports, bringing the total number of declassified reports to 120, is “a step in the right direction”. He added: “I look forward to the conclusion of the ongoing efforts to declassify the hundreds of remaining Abbottabad reports to meet congressional requirements.”
The documents’ release follows a high-profile and intensely debated investigative report from Seymour Hersh in the London Review of Books which accused the Obama administration of substantially misleading the public about what actually happened before, during and after the May 2011 raid that killed Bin Laden.

But the Office of the Director of National Intelligence, which on Wednesday published the documents on one of its websites, strenuously denied that the release of the Abbottabad documents was related to the Obama administration’s pushback against Hersh’s report.

“With DNI approval, CIA spearheaded a rigorous interagency review of the classified documents under the auspices of White House’s National Security Council staff. The effort began last summer and continues on as we speak. The 2014 [intelligence bill] added urgency to the effort,” Jeffrey Anchukaitis, spokesman for Director of National Intelligence James Clapper, told the Guardian.

“Given the large number of documents to review, and the increasing public demand to review those documents, this winter the White House asked CIA to declassify and the ODNI release documents as they were ready.”

Notable by its absence in the document trove is Bin Laden’s collection of pornography.
At the time of the Abbottabad raid, Navy Seals reportedly uncovered a “fairly extensive” cache of pornography, to include modern-seeming videos.

Clapper’s office confirmed that the documents recovered from the compound included “some pornographic material”. But Anchukaitis said the US would not release the pornography “due to the nature of their contents”. He declined to to give any further details.