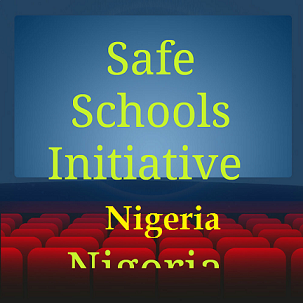 At least 936 students of secondary and tertiary institutions were abducted by suspected bandits and Boko Haram members across the country between December 2020 and June 5, 2021.

Findings by our correspondents showed that abductions were carried out across the country.

Other places where cases of abduction were recorded are Kagara, Niger State; Jangebe, Zamfara State; and Afaka, Kaduna State, among others.

Some parents who spoke to our correspondents said they would not allow their children return to school.

One of them, Alhaji Ibrahim Bageba, whose children were among the kidnapped Jangebe schoolgirls, said, “I have decided to withdraw my children from school because of the security situation in the whole country.

“Our children are no longer at ease due to rampant cases of student abduction across the country and as such, I feel that it is better to withdraw my children so that I will have peace of mind.”

A mother of two of the students who were abducted by bandits during the Jangebe School abduction, Hafsat Sani, said, “Many parents are skeptical about the government’s readiness to fight banditry. As such, I don’t think my children will return to school.

“Two of my children were kidnapped; I will not allow them go back unless something tangible is done.”

The Director of Press, Ministry of Education, Bem Goong, told The PUNCH that the Federal Government was working hard to ensure that schools were safe.

He urged state governments to also do the same.

The Zamfara State Government said it would close down boarding schools till security situation improved in the state.

The state Commissioner for Education, Aliyu Tukur, said, “A committee has been constituted to look into the possibility of reopening the boarding schools that are not prone to attacks by bandits. We have deployed security operatives in schools that are open and we have organised workshops for school principals.”

Chife said, “The government of President Jonathan designed a security strategy called Safe School Initiative, which was meant to provide comprehensive security for the schools that were under attack by the Boko Haram.

“It is high time for this administration to resuscitate that security programme to provide safe corridor for students. Otherwise, we may lose a generation.”

Ojo said if nothing urgent was done, the number of out-of-school children in the country could increase to about 30 per cent of the student population.