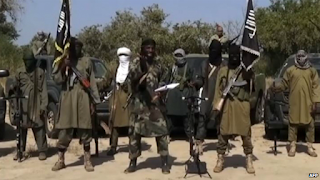 No fewer than four people, including soldiers were reportedly killed on Saturday evening as suspected members of ISWAP, a faction of the Boko Haram, attacked Damasak, a border community in Borno State, security sources and witnesses said.

Information trickled in late Saturday night that the border community was under attack. No clearer details were received until the early hours of Sunday.

Security sources told PREMIUM TIMES that the attack was mostly targeted at the UN and NGO facilities in Damasak. A police station and a hospital were also attacked.

“It was a bad situation we had on Saturday when the Boko Haram gunmen stormed Damasak later Saturday afternoon,” said a source, a local security personnel who pleaded not to be named.

“The attackers came in large numbers riding on motorcycles and many gun trucks. They attacked an area around the UN hub, setting it on fire.

Another source informed our reporter that while most of the UN and other NGO workers were able to move into the bunker at the UN hub, the insurgents set fire on virtually all the NGO offices and warehouses.

“Yes, they set fire on the UN hub, the GISCOR office as well as INTERSOS, NRC offices before carting away their vehicles.

“The insurgents went to the General Hospital in Damasak and looted drugs and related medical facilities, but one of their commanders prevented them from setting fire on the hospital because there were patients in the wards.”

PREMIUM TIMES also learnt that the Damasak police station was burnt down as the “police took to their heels upon sighting the insurgents advancing toward the station.”

“The fire that affected part of the UN humanitarian hub was as a result of the escalation of the fire set on the warehouse of an NGO called ACTED,” one of our sources in Damasak said.

The source said the attackers left Damasak with a hospital ambulance and some other vehicles belonging to some of the NGOs.

Some residents also said that a military jet that came to salvage the situation dropped a bomb that landed in a compound where civilians were holding a naming ceremony. The bomb exploded and killed many women and children, they said. Premium Times has not been able to independently confirm the bombing story.

The attack on the UN hub is the second of its kind in five weeks.

On March 1, the insurgents attacked a UN hub in Dikwa town of Borno State, where they burnt several vehicles after dislodging a military base.

The UN Office for the coordination of humanitarian affairs has not made any official comment on the Damasak attack.

Sandy Maroun, the Head of Public Information at UNOCHA, who said it was premature to speak with the media at the moment. She said she would issue a statement later when her office gets “enough information” on the matter.

The Nigerian military has also not spoken on the attack.

More details of the incident will be provided in subsequent reports.