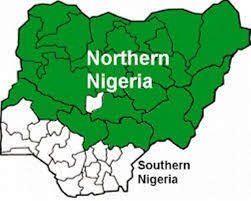 Reports indicate that no fewer than 618 schools have remained closed in six northern states over the fear of attack and kidnapping of pupils and members of staff.

Also, barely three days after the abduction of 39 students of the Federal School of Forestry Mechanisation, Afaka, Kaduna State, security agencies on Saturday rescued 307 pupils of Government Secondary Science School (GSSS) Ikara, Ikara Local Government Area of Kaduna from bandits who attempted to kidnap them from their school.

Security forces also repelled attempts at fresh attack on the senior staff quarters of the Federal Airport Authority (FAAN), Kaduna, where 11 people were abducted about two weeks ago.

The six states where some schools have remained closed are Sokoto, Zamfara, Kano, Katsina, Niger and Yobe.

In Sokoto, the state government has closed all boarding schools along border towns.

The state Commissioner for Security and Career Affairs, Col. Garba Moyi (rtd), said the measure was to avoid the abduction of pupils just as it happened in Katsina, Niger and Zamfara States.

He added that the state Governor, Hon. Aminu Tambuwal, had directed the state commissioner for education to merge those schools with the ones in towns.

According to him, schools affected include those in Sabon Birni, Isa Rabah, Kebbe, Tangaza and Gudu local government areas.

The Zamfara State Government also closed boarding schools along the border towns after the Jangebe incident.

In a reaction to the abduction of 279 pupils of Government Girls Secondary School in Jangebe, Talata Mafara LGA, Governor Bello Matawalle had shut down 10 schools along the borders with Sokoto and Katsina States.

In Katsina, the state government had initially shut down all its 38 boarding schools after the abduction of 344 pupils of Government Science Secondary School, Kankara.

But the Commissioner for Education, Prof. Badamasi Lawal, later announced the reopening of four out of the 38 boarding schools after a meeting with zonal inspectors of education and permanent secretaries.

The commissioner explained that male pupils in the remaining 34 boarding schools should report to the nearest day secondary school in their location to continue with their studies, while female students should remain at home until the security situation in the state improves.

The state government also closed 12 boarding secondary schools on the outskirts of Kano metropolis over increasing abduction of pupils.

The state Commissioner for Education, Mr. Muhammad Sunusi Kiru, said the closure became necessary due to the rising number of abductions of schoolchildren in neighbouring states.

The closed schools are located in Ajingi, Sumaila, Jogana, Kafin Maiyaki and Gaya, among others.

All secondary schools in Niger State have been closed by the state government.

The two-week closure was from March 12.

The Commissioner for Education, Mrs. Hannatu Salihu, said the closure of the schools was to enable the government to make adequate security arrangements to protect the pupils and workers.

In the wake of the abduction of 42 persons from the Government Science College, Kagara, the state government had closed only the boarding schools in Rafi, Mariga, Magama and Shiroro LGAs, which were believed to be prone to bandits’ attacks.

With the closure of all secondary schools in the state, THISDAY gathered that about 496 schools were affected.

The Information Officer of the State Ministry of Education, Alhaji Jibrin Kodo, told THISDAY that 56 boarding schools with two of them mixed are affected while the rest of the schools in the state are day schools.

He declined to state the total number of schools in the state.

The Commissioner for Basic and Secondary Education, Dr. Muhammed Idris, who announced the measure, said: “Students from JSS I to SSS II should vacate their schools immediately.

“The closure of the boarding schools is informed by the security concern and the urgent need for government to be proactive in safeguarding the lives of the children”.

The commissioner, however, said all day schools were to continue with their normal academic activities.

The News Agency of Nigeria (NAN), quoted the commissioner as saying that further statements would be made concerning the reopening of the schools as soon as possible.

THISDAY gathered that 46 boarding schools were affected by the closure.