Growing Concerns Over Events in Mozambique 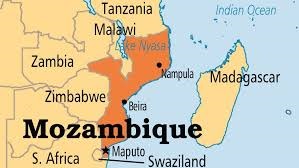 One wouldn’t notice this situation if the only source of information is from primarily Western News outlets, But the Insurgency taking place in the Cabo Delgado province in Mozambique is potentially taking a new twist.


Over the last fortnight speculation has increased that at least two of Mozambique’s neighbors  could  intervene in the crisis which is now in its third year. The two countries in question are Zimbabwe and Tanzania. Both nations have their reasons for intervening. However the reporting over the plans it in itself murky.

For more than a week the stories regarding Zimbabwe have morphed from an outright intervention, to having these reports denied by President Mnangagwa to the most recent version which states that Zimbabwean Forces have deployed to the border.  This story came to life after a meeting on April 30th between the leaders of the two nations which addressed the insurgency.

The Economic ties between Zimbabwe and Mozambique provide an interesting insight into why Harare may undertake such a move. Most of the Foreign Trade that enters Zimbabwe transits Mozambique via rail from the port of Beiria. At least from an economic view whatever takes place in Mozambique has the potential of having a negative impact on the economy of Zimbabwe. At least in this lens the actions of Zimbabwe make sense. However history shows that this could backfire on Zimbabwe. After all the intervention in the Congo Wars at the time of the controversial land reform program in the early 2000s is often overlooked.

That brings us to the other neighbor that is reportedly interested in intervention. That country has a border with Cabo Delgado. That nation is Tanzania.  Within the last week reports have emerged stating that the Tanzanian Military has deployed to the border with Mozambique back in March. It is clear that there are concerns that the violence could spill over the border.

These reports are not the only items that have raised concerns  In November 2019 a US Think Tank that has a program that monitors terrorism raised concerns that the Cabo Delgado violence could spill over into Tanzania. Within six months Tanzanian Troops moved to secure the border with Mozambique. It is clear that the authorities in Tanzania realize that what is taking place is indeed a threat to their country and that action needed to be taken.

The Government of Mozambique has not been able to arrest this insurgency. The actions by two of its neighbors suggest that although it may not be the time for regional intervention the clock is ticking down to the point where it does in fact take place. Interventions into other conflicts has not worked well for Zimbabwe. Tanzania does currently have troops as part of the reaction force for the UN Mission in the Democratic Republic of the Congo. It is way too early to determine how successful any potential operation will be or if in fact it will take place.

That being said, the situation in Cabo Delgado cannot be ignored.
Written by: Scott Morgan