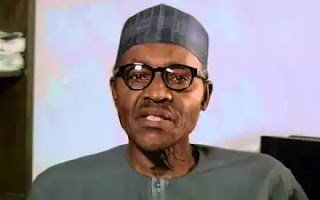 President Muhammadu Buhari has called on communities and security forces to be more alert in view of the unpredictable security situation in parts of the country.


Expressing worries about heightened insecurity in the country, he called on security agencies and communities under threats of bandits’ attacks and kidnappings to be more vigilant and alert in the light of the latest incidents in Enugu, Zamfara, Adamawa, Katsina and Kaduna States.

A presidency statement signed by Garba Shehu, Senior Special Assistant to the President (Media & Publicity) said on Thursday that Buhari’s call was a response to “the recent reports of heightened acts of violence and kidnappings after a period of relative inactivity”.

It quoted the President as saying that: “In view of the unpredictability of the security situation, our security forces and the communities affected should be ever more alert because these murderous and remorseless criminals would take advantage of your complacency and strike again.”

The statement further quoted the President saying: “The bandits should under no circumstances be allowed to hold the country to ransom on account of security loopholes which they seek to exploit to strike at their victims.

“The criminals always look for loopholes in our security system in order to remain in business and active, but we shouldn’t give them the space to achieve this diabolical objective by pre-empting them.”

President Buhari added that: “Complacency is a hidden or unnoticed enemy that we shouldn’t take for granted because doing so could weaken our strategies.”

The President, however, noted that the affected communities also have a responsibility to help the security agencies with the critically important human intelligence in order to stop the bandits in their tracks.

According to the President: “The bandits maintain networks of informants among the communities they attack”, adding that “by identifying and reporting these informants to the authorities, it would be by far easier to foil the bandits before they reach their intended targets.”

While commending the security agencies for their dedication and sacrifices, President Buhari directed them to “redouble their efforts and make life uncomfortable for the bandits.”

“You should spare no effort in breaking the backbone of these savage mass killers and don’t hesitate to attack them with merciless intensity until they are crushed and ultimately defeated,” also quoted President Buhari as saying.

The president’s remarks came barely 48 hours after the Inspector General of Police, Mohammed Adamu, told State House correspondents that the security situation in the country had improved.

Briefing journalists on the outcome of Tuesday’s meeting of security chiefs with the president. Adamu has said: “We realize that it (security situation) is stable; banditry has been reduced to the nearest minimum, kidnapping has been reduced significantly.

“The epicenter of this kidnapping as you know in the north-western part of the country – Zamfara, Katsina, Kaduna – they are all very calm now.

“The insurgency in the northeast, on daily basis, they are being degraded and many of the insurgents are surrendering to the authority, they are giving up their arms, and for that reason, we have been encouraged to sustain the tempo.

“All the successes recorded comes from cooperation from members of the public, including the press, because most of you have objectively assessed the actual security situation in the country, which your followers agreed to it.

“So, we have been encouraged to continue with the tempo so that insurgency can be greatly eliminated from the country.

Culled from: Tribune Newspaper
Posted by Don Okereke at 6:45:00 am