Cybersecurity Implications Of 5G Technology: What You Need To Know 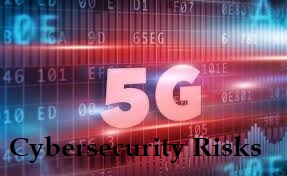 5G is being touted as revolutionary due to the massive download speeds that consumers can expect when it is rolled out at full strength. Samsung is calling it “wireless fiber” and in addition to providing smartphone users with better networking, it will permit for improvements in IoT devices like connected cars and other futuristic smart city developments.
However, the ability to download a movie in three and a half seconds while moving around a city in an autonomous car is just one side of this technology. The way that it functions means that 5G is also a highly sophisticated tracking technology that will give corporations and governments staggeringly invasive new powers.

This is concerning because consumers can already be tracked by GPS data, cell phone tower data, IP addresses, and WiFi network information. However, nothing has given governments and corporations the kind of ubiquitous capabilities that 5G is about to unleash.

In order for 5G to provide its many benefits, the emerging network technology uses different radio frequency spectrum bands than those employed by its predecessors. Those millimeter and submillimeter waves have significantly reduced signal penetration capabilities and thus are more susceptible to obstacles.

The furthest that a 5G tower can reliably transmit is around the length of a football field. And, in order for 5G to function in built-up areas, extra mini-towers and relays must be erected to ensure data delivery. For this reason, 5G networks will have vastly more towers than ever before. As a result, consumers will always be close to multiple transmitters, allowing them to be easily triangulated.

In fact, it is predicted that within smart cities it will become common for 5G relays to be positioned on lamp posts, and throughout buildings, perhaps within just meters of each other. And, because 5G is designed to communicate with those transmitters much more regularly it is feasible that people could be tracked to within a meter.

Adding machine learning into the mix is only going to increase those surveillance woes. AI designed to analyze location data will begin to accurately predict people’s movements. Consider, for example, an individual who only ever visits a particular street to go to a specific store.

That user could be served an advert or special offer on their smartwatch, as they approach the shop. What’s more, the low latency provided by 5G is going to permit for the emergence of new Augmented Reality devices. These kinds of devices will have the ability to serve consumers adverts in real-time (think Microsoft HoloLens or Google Glass).

The marketing industry is also concocting plans for holographic brand representatives, and connected billboards that will be positioned throughout smart cities. These will allow for hyper-personalization of adverts that are served to consumers as they move around public spaces.

Even when in their own vehicles, tracking will be possible. Meaning that individuals might be coerced into taking a turning to visit a drive-through restaurant. In time, this kind of advertising will become acutely invasive – and could easily be used to override willpower and coerce people into spending beyond their means.

Super-fast low latency communication will also permit algorithms to use scanning to assess facial microexpressions and discover people’s emotions. This data will allow marketing firms to manipulate consumers into purchasing based on mood or even perceived social pressure.

What’s more, passive RFID tags placed on products will allow products to be tracked from the moment they leave shelves to the second they enter smart fridges. When those products are used-up and go in the trash; automated shopping lists will update to ensure that consumers never run out of their favorite things.

Due to the signal penetration limitations of 5G, it is likely that consumer devices and vehicles will need to act as relays for passing the information along with the network. With data constantly relaying between devices, the danger of cyberattacks is going to increase and data interception could become an issue.

Another thing worth noting is that 99% of IoT has nothing to do with the smart-devices located in your home. The majority of IoT is about electrical grids, medical applications, public transport, commercial buildings, agriculture. These services could also be vulnerable if 5G connectivity creates new flaws for cybercriminals to attack.

Huawei, the world leader in providing G5 technology, has already been accused of snooping on behalf of the Chinese government. The US government is taking the threat of espionage seriously and has banned Huawei products and 5G infrastructure within the US. However, Huawei’s technology is cheap and it is known to work better than most of its competitor’s. For this reason, many countries are buying up their products to roll out 5G.

If it turns out that backdoors are present in Huawei’s technology, it could give China a troubling foothold within 5G’s backbone. What’s more, any backdoor that is created can be exploited not just by its developers – but also by anybody else tech-savvy enough to discover it.

Huawei strongly denies snooping on behalf of the Chinese government. However, Chinese law requires firms to cooperate with state intelligence which means it is a definite possibility; and Huawei has been accused on multiple occasions.

Considering the level of corporate tracking performed by Google, Facebook, and other US firms, as well as previous revelations about firms like Apple working hand in hand with the NSA to snoop on citizens, it seems somewhat ludicrous to think that Huawei isn’t doing similar things.

Huawei aside, security experts are concerned that the IoT devices attached to 5G themselves could, in fact, be the largest vulnerability. Flaws in IoT devices have been known to cause botnets that allow hackers to perform massive DDoS attacks. Due to the speed with which IoT devices will communicate over 5G, this could lead to a wave of staggeringly massive attacks that have the potential to completely blackout the internet.