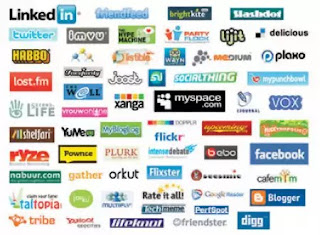 The State Security Service on Wednesday announced a nationwide crackdown on individuals allegedly caught posting inciting materials on the Internet, in a move that could provoke fresh debates about the potency of Nigerian Constitution’s free speech safeguards.

The SSS said it had recently observed that some social media users were skewing Nigeria’s history to promote ethnic violence and tip the nation into crisis, a development it said must be urgently reversed through state interference.

“These are reflected in the misleading statements and articles being circulated among unsuspecting members of the public. Such inciting materials oftentimes are designed to make or convey false accusations by one group against the other.

“They also resort to skewing historical narratives to suit their objective of masterminding ethnic violence in the nation. So far, some of the culprits have been arrested,” Mr Afunanya said.
The SSS said it was “determined to ensure that the tribal chauvinists and mischief makers do not continue to exploit socio-political differences and Internet platforms to threaten the peace and stability of the country.”

The service said regional and community elders should not only desist from making “unguarded statements” but also help shut down all ethnically-charged rhetoric by persons in their respective domains.

The SSS vowed to “sustain the apprehension and prosecution of defaulters,” because it would not relent in its quest to prevent crimes and keep Nigeria as an indivisible country.
Mr Afunanya told PREMIUM TIMES in a follow-up conversation that he would make available the identities of those arrested and from which parts of the country.

While it may generate outrage for the manner it was executed, the crackdown did not come in isolation or as a surprise to Internet and free speech advocates.
The Nigerian government has invested heavily in tracking tools to keep social media users in check, even though the practise remained largely non-transparent and constitutionally problematic.

“It is a development that does does not come as a surprise,” Adeboye Adegoke, an Internet rights expert with Paradigm Initiative, told PREMIUM TIMES Wednesday morning. “The foundation for this was laid in the past three-two five years with investments in monitoring and policing speech by the Nigerian government.”

Mr Adegoke described the SSS’ action as scary and aimed at fostering an atmosphere of fear amongst Nigerians online.

“What we are seeing is a scary dive dive into a climate of fear, a chilling effect in which case citizen will have to think twice before sharing opinion especially those opinions that do not paint the incumbent in good light.”

The analyst said the government has exploited its monopoly over national security to assume a controversial position as the arbiter of patriotism and seditious acts.

“The Constitution is clear on the rights of citizens to express opinions. The government does not have to like such opinions,” Mr Adegoke said.

The expert said the SSS should promptly publish details of the arrests, but Nigerians should not wait before condemning repressive acts that erode civil liberties.

“The country is gradually becoming a place where speech is being policed and everyone who cares about civil liberty should not only be worried but resist attempts by the state to cow citizens into submission to state-defined ‘patriotism’ or ‘hate speech.”