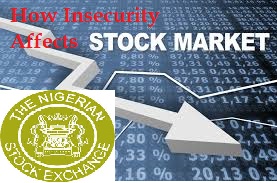 
Specifically, N435.31 billion in foreign portfolio investment outflow was recorded in 2017, while foreign investors withdrew N642.65 billion during the corresponding period in 2018.

Operators at the weekend expressed concern on the spillover effect and volatility caused by over-dependence on foreign investors in the nation’s stock market. They linked the huge investment outflow from foreign investors to uncertainties that shrouded the nation’s economic outlook, occasioned by insecurity, kidnapping and recurrent farmers-headers clashes.

According to them, this gives credence to the fact that while the large presence of foreign investors in the market signifies strong attraction to the country, their sudden reversal also portends great danger, given the bearish mode currently being witnessed in the market.

The operators insisted that the major reason for the depressed state of the market is the selldown by foreign investors who play a dominant role in the nation’s stock market.

After the January and mid-February 2018 rally, the market recorded unprecedented reversal in performance contrary to predictions by analysts. The capitalisation, which stood at N15,549 trillion as at Wednesday, February 28, 2018, dropped to N13,766 trillion Thursday, May 30, 2018, representing N1,783 trillion or 12.9 per cent loss.

The operators based their position on the claim that between 2007 and 2010 financial year, domestic transactions executed by retail investors outperformed foreign investors by close to 80 per cent as retail patronage dominated activities in various sectors in the equities market.

The dominance of foreign investors in the nation’s stock market could be traced from 2011, immediately after the global financial crisis that burnt the fingers of many domestic investors.

A breakdown of foreign, domestic investors’ participation in the stock market before the 2009 global financial crisis showed that domestic participation was worth N9,496 billion between 2007 and 2010, while foreign investors’ patronage constituted only N2,405 billion within the same period.

The operators linked the inability to sustain the upward trend in local participation to failure on the part of the government and regulators to attract retail investors (who incurred huge losses during the crises) back to the market and improve the general performance of the exchange.

The foreign investors are nervous about Nigeria’s macroeconomic and monetary outlook, especially the increasing political risks. Therefore they suggested that local institutions with strong capacity must invest in the market, to reduce the dependence on foreign investors and prevent unnecessary shocks. They also believe that creating policies that would attract retail investors back to the market would improve the general performance of the exchange.

In his reaction to the issue, the chief research officer of Investdata Consulting Limited, Ambrose Omodion, said the sooner government and regulators realise that increasing the participation of Nigerians in the market will reduce overdependence on foreign portfolio investors, the better for the nation’s equity market.

According to him, the trend could be reversed by effective economic policies that would drive infrastructural development, and productivity that would impact positively on the manufacturing sector to boost performance and support prices.

“It is the stability in the stock market that supports economic development and growth and also stimulates wealth creation. This stability comes in the form of policy and behavioural pattern of the market that help investors to plan their investment and predict the future.

“But any market that goes up and down as a result of inflow and outflow of foreign investment cannot be predicted, like what is happening in our market today. Domestic investors drove the bullish ascendency in 2007 and 2008. This was after the banking consolidation of 2006 had created awareness about the market and its wealth creation tendency,” Omodion said.

He called for the introduction of investment education that would increase investors’ knowledge of the financial market and drive more retail investors to the market. “Also, government must reduce their borrowing from the pension fund and allow good percentage of the fund to play the long-term investment role in the stock market to support economic development. Then, reduction in the cost of transaction and enhanced investors’ protection mechanisms must be established.”

The president, Ibadan Zone Shareholders Association, Eric Akinduro, said the main reason for the depressed state of the market is the selldown by foreign investors who play a dominant role in the nation’s stock market.

“Our market is overdependent on foreign investments and they will continue to dictate the tune of our market, since they have the larger investments. Really the market seems comfortable in terms of performance and returns but the political environment discourages domestic investors. Domestic investors do not have resources to push the market due to poor purchasing power. We are at the mercy of institutional investors. There is a problem here,” Akinduro stated.

The publicity secretary of the Independent Shareholders Association of Nigeria, Moses Igbrude, linked the persistent lull in the market to overdependence on foreign investors, noting that the local ones that were affected during the recession were being neglected.

According to him, “Depending on foreign investors to deepen our capital market is a very wrong concept and a lazy approach to growing an institution described as a barometer in measuring an economy.

“As the name implies, foreign investors are an unreliable set of investors. When the economy looks good, they will bring their money but when the reverse is the case, they will vanish into thin air with their portfolio of money, thereby creating more instability in the system.

“The government and other stakeholders should focus more on how to encourage and educate Nigerians on the importance and benefits of investing in the capital market. The focus should be on how to build local capacity that can absorb the effects of foreign portfolio investors.

He regretted that virtually all stocks on the NSE have depreciated despite strong market fundamentals. He urged “strong institutions in the country to be at the forefront of this investment campaign by increasing their stakes in the equity market. Other local investors should equally see the trend as potential opportunity to take position in the Nigerian capital market.”