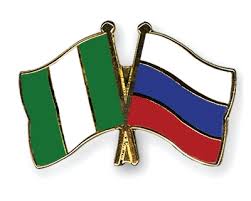 The Nigerian Government is seeking the assistance of the Russian Federation to build nuclear power plants, petroleum pipelines, railways and other infrastructural investments in the oil and gas sector.

The Minister of Defence, Alhaji Mansur Muhammadu Dan-Ali, spoke in Moscow, Russia, while addressing delegates at the eighth Moscow Conference on International Security.

He said Nigeria would appreciate the support of Russia to enable it overcome some of the security and infrastructural challenges facing it.

Adan-Ali said: “The pervasive security challenges include piracy and armed robbery against ships in the Gulf of Guinea region.

“The region remains increasingly dangerous for seafarers. From the International Maritime Bureau Report of 2019, the Gulf of Guinea accounts for all six hijackings worldwide, 13 of the 18 ships fired upon, 130 of the 141 hostages taken globally and 78 of the 83 seafarers kidnapped for ransom in 2018.

“These figures depict the inherent danger to commercial shipping activities in the region.”
The minister, who admitted that Nigeria, like other African countries, was facing series of security challenges, including terrorism, kidnapping, banditry, cultism, poverty, piracy, and electoral violence among others, noted that the efforts of the Lake Chad Basin Commission was paying off.

According to him, troops from the commission have substantially decimated the Boko Haram terrorists in the region.

Dan-Ali said: “The Federal Government of Nigeria looks forward to the promotion of friendly and cordial relations that will progress to excellent socio-economic partnership and the establishment of business ties that will be beneficial to both countries.

“On the security front, Nigeria counts on Russia’s continued partnership in eliminating the Boko Haram insurgents from our sub-region. We wish to leverage on Russia’s experience in counterterrorism operations to bring this scourge to an end. Military and technical assistance in this respect would be highly appreciated.”