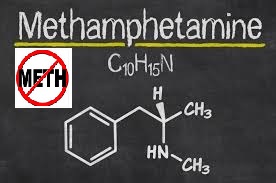 Anti-narcotics operatives of the Enugu State Command of the National Drug Law Enforcement Agency (NDLEA) on March 17, uncovered an illicit drug factory where one of the world’s most deadly substances, methamphetamine, was being produced.


In the course of production in the clandestine laboratory set up in the car park of the building located at Trans-Ekulu, Enugu, some toxic materials had trickled into wells in the neighbourhood, thereby contaminating their source of water supply.

Ordinarily, any visitor to the expansive compound on No. 1,  Zion Avenue, Phase 6, Trans-Ekulu, with a bungalow, would see one serene residential apartment, but beneath the serenity, was a safe haven for merchants of death.

Not even the immediate neighbours knew what was going on in the fenced compound; the only thing one of them could remember was that the apartment never lacked electricity as the generator was always on since about a month the occupants of the apartment moved in.

State Commander of NDLEA, Adeyemi Adeofe who paraded three suspects in connection with the illicit drug factory at the agency’s headquarters in Enugu, disclosed that two of them were arrested with 100kg of ephedrine on Saturday, March 16.

He said that a follow-up operation, the following day, led them to No.1, Zion Avenue, Phase 6; Trans-Ekulu where they apprehended the next suspect and also unravelled the hidden laboratory.

He attributed their arrests to credible intelligence gathering, adding that due to the hazardous nature of the chemicals involved, the agency immediately dismantled the laboratory, and also confiscated the precursor chemicals and paraphernalia and other equipment used in their production process.

Some other items recovered from the place were one generator, two 12.5Kg gas cylinders, two hoses, several jerry cans and two big laboratory glassware; among others.

The commander said that investigation was ongoing to unravel the other members of the syndicate, but stressed that there was urgent need to decontaminate the area as waste products of the illicit substance in the course of production had seeped into wells of neighbouring compounds, thus poisoning their source of water supply.

“This is a very serious implication because time will come the effects of these chemicals will result to deadly health challenges like cancer, birth deformity, kidney problems, etc.

“We call on The government to come to the rescue of residents within the neighbourhood and to also appeal to the general public to come up with useful information whenever they notice or perceive strange activities or unusual smells within their environment,” he advised.

Sunday Sun gathered that the principal suspect, one Christian Chibuzor said to be residing in South Africa is yet to be arrested, but those in the NDLEA net gave their names as Christopher Eze, Ikechukwu Umah and Paul Eze.

One of the suspects, Christopher Eze, a bricklayer from Ezeagu in Enugu State, who lived with his family in the compound where the illegal laboratory was discovered, said that he was not aware of what was going on there.

Eze, whose wife gave birth recently, said that he had accommodation problem, and allegedly called his cousin based in South Africa, Chibuzor, to assist him.

He claimed that Chibuzor asked him to move into the house he rented about three months ago in Trans-Ekulu without knowing that it was the his clandestine factory for manufacturing illicit drugs and substances.

When journalists were conducted round the premises by officials of the NDLEA, Sunday Sun observed that the waste from the laboratory was already having corrosive effect on the environment. Flowers and grasses along the waste disposal track had completely dried up, while mango and breadfruit trees there were also shrinking.

Occupants of the neighbouring apartment, Mazi Ogunedo Emereole whose well had been contaminated said that they started perceiving foul smell from the compound about three weeks before the NDLEA made the discovery.

He, however, said that they never had the slightest inkling of what was going on there, as they erroneously thought that the new occupants were fumigating the compound.

His words: “I started noticing changes in my well three weeks back; but before then, we used to perceive strong smell from the neighbouring compound. However, we thought that the new occupant was trying to fumigate the compound since the previous people living there packed out. So, it got to a point that we got worried because every night we perceived strong smell which wasn’t abetting.

“But when we were about fetching water from the well; we saw some oil in the water followed by some foul odour, so, I called these Hausa people that help to excavate well. The first person we got could not dig more than two feet; he almost died there as he was panting. I asked him to come back, but he declined, saying maybe the plumber poured in chemical. I wondered who could have poured in chemical because I moved into this place since 2008.

“Another set came two days later; one foot was what they dug and they said they couldn’t continue because the smell of the chemical was powerful. We then observed that the surrounding of the well had turned to black and we usually sneezed when we fetched the water. Then, I gave instruction to my family that nobody should use the water to take bath or wash cloths again; they should only use it for flushing the toilet.”

Asked how much he knew the new tenant; he said: “I don’t know him, but we on two occasions saw a powerful white Range Rover Sport that packed outside; with the engine running and air-condition on; we said, we were having a very rich neighbour within our vicinity. I never saw him in person for once, but we were told he lives abroad. I was shocked that after renting this property; we never saw people living there until about three weeks back, but in the night, the generator would be on. That was all we noticed until the officers of the NDLEA came around”.

When he fetched the water and poured in the basin for everyone to see; it was indeed a pathetic case because the water had turned black with oily substance floating atop.

Emereole, therefore, appealed to the government to come and clean the well for them and also provide public water for the Phase 6, Trans-Ekulu, noting that they dug the well because of lack of potable water in the area.

Also, the State Command of NDLEA had June last year uncovered an illicit drug manufacturing laboratory in a remote part of the state.

Sunday Sun exclusively gathered that the agency acting on a tip off, had stormed Okorouba, Ozalla in Nkanu West Local Government Area, where the laboratory was just set up waiting commencement of full production of methamphetamine.

Former Enugu State Commander of NDLEA, Dr. Anthony Ohanyere, described methamphetamine as the costliest and most dangerous illicit drug in the world today.

The command under his watch had in a similar feat in 2017 discovered an illegal drug laboratory in Akpakwume Nze in Udi Local Government Area of the state. It then, in one fell swoop, seized 2.5tons of methamphetamine, arrested and charged the suspect to court.

According to Ohanyere, the purveyors of the dangerous trade usually site their operational bases in obscure places where they would not be easily noticed, but explained that what mattered to them was having the technology and not really the location.

“When you discover a clandestine lab, it’s not just a local thing; the whole world takes interest. Even the United Nations Office takes interest because when things are produced in these local labs; there are not usually for local consumption. They are usually taken out to different parts of the world where they cost a lot of money. It’s like methamphetamine; 100gram of it costs about $500,000 in Japan and Malaysia; you can imagine what a kilogram of it would amount to.

“They call it cooking; but what matters is having the technology, so when you have the technology, you can cook it anywhere. That’s why they go to the villages; obscure places and do it without anyone knowing,” Ohanyere explained. 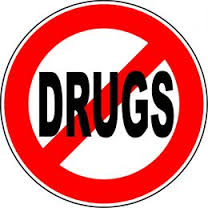