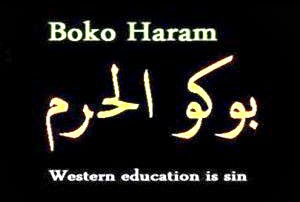 Tens of thousands of Nigerian refugees are being forced to return to a remote town repeatedly attacked by Boko Haram, despite lacking security, food, water and shelter, aid agencies said Friday.


The United Nations said some 20,000 refugees had returned to Rann from Cameroon on Thursday, taking the numbers who have now gone back to 30,000.

Rann is some 175 kilometres (110 miles) northeast of Borno state capital Maiduguri — the epicentre of the decade-long insurgency that has killed more than 27,000.

“Reports from sources on the ground indicate that these people are in dire need of humanitarian assistance, including shelter, food and safe water,” a UN briefing note said.

There were also questions about whether the returns complied with international law on refugees, which require returns to be voluntary.

Stephanie Remion, emergency coordinator for Doctors Without Borders in Rann, which lies just across the border in northern Cameroon, said people were “being told by Cameroonian and Nigerian authorities to leave”.

“We are extremely concerned over what will happen to them once they go back to Rann as the security situation there is very uncertain and there is no humanitarian assistance.”

She added: “Many of the patients we treated in Goura told us they fled because they were afraid. They don’t want to return.”

Of particular concern was an outbreak of measles in Goura, which could be a “disaster” if it spread to Rann, she said.

Exactly a year ago, three aid workers were killed and three others kidnapped in a Boko Haram attack on Rann. Two of the three hostages were executed.

And the town has been hit further violence since then.

Some 40,000 people fled over the border to the Goura area after an attack on January 14 in which 14 people were killed and a clinic, warehouses for humanitarian supplies and shelters were burnt down.

Pushing the refugees to return to Rann has heaped fresh pressure on aid agencies who are struggling to provide vital services in already congested camps and sites across northeast Nigeria and the wider region.

Amnesty International said at least 60 civilians who returned to Rann after the January attack were killed by jihadists, as troops had been pulled out.

One aid worker told AFP the town and the camp for the displaced was “wide open” to attack, as it was not protected by a surrounding trench to deter incursions.

Shashwat Saraf, the Nigeria director of Action Against Hunger, said it was “difficult to imagine” it being safe for anyone to return.

Of those who had fled to Goura, there were “alarming” levels of severe acute malnutrition among children under five, he said.

“A premature return of people to Rann could have dramatic consequences,” he warned.