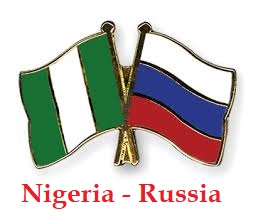 The Nigerian government has signed a treaty on Mutual Legal Assistance in Criminal Matters with Russia.


Spokesperson for the Ministry of Foreign Affairs, George Edokpa, disclosed this in a statement on Monday in Abuja.

The treaty, according to him, was negotiated in 2009 to enhance collaboration and cooperation between the two countries in the administration of criminal justice.

Edokpa disclosed that the agreement between both governments was signed on Tuesday last week in Moscow, Russia.

“It is important to note that, the Treaty on Legal Assistance in Criminal Matter is aimed at providing the necessary mechanism for cooperation in the fight against crime and criminal related matters, including terrorism, as well as to counter every form of support to terrorism.”

Edokpa explained that the signing of the agreement would assist in the fight against corruption as it makes provision for the tracing, recovery, forfeiture or confiscation of stolen assets, as well as the proceeds and instruments of crime.

He described the development as a ‘major breakthrough’ in the bilateral relations between Nigeria and Russia, noting that it was the beginning of greater cooperation and partnership in other sectors.

The Foreign Affairs Ministry spokesman added, “According to the Attorney General of the Federation and Minister of Justice, Nigeria would benefit from this agreement as it would not only afford the country the opportunity to request for the arrest, surrender, investigation and prosecution of all persons who may have committed crimes and escape to The Russian Federation, but will be assured of the Russian cooperation in the tracing, recovery and repatriation of the stolen assets.”