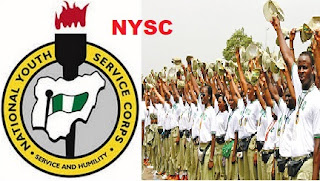 The National Youth Service Corps (NYSC) has announced the postponement of orientation course for corps members posted to Kaduna State.


The announcement on Monday follows the violence that has rocked some parts of the state and the declaration of 24 hours curfew in those parts.
At least 55 people were killed in the violence in Kasuwar Magani part of Kaduna on Friday. The violence almost spread to Kaduna metropolis on Sunday. Curfew has been imposed on both areas.
“The Management of National Youth Service Corps wishes to inform all 2018 Batch ‘C’ prospective Corps Members deployed to Kaduna State that the commencement of the Orientation Course earlier scheduled for Tuesday, 23rd October, 2018 has been suspended till further notice due to the current security situation and consequent curfew imposed by the state government,” the NYSC wrote on its Facebook page.
“All affected prospective Corps Members are advised to remain at home until further notice from the NYSC Management.
” However, all other prospective Corps Members deployed to other States and FCT are to report at the various Orientation Camps on Tuesday, 23rd October, 2018 as scheduled.
“All inconveniences are regretted.”