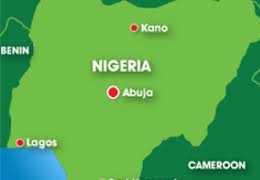 The Federal Capital Territory Emergency Management Agency on Friday assured residents of the territory that there was no likelihood of earthquake within the territory and the country, after the earth tremors in Mpape and its environs on Thursday.


DAILY POST had reported that residents of the Federal Capital Territory were alarmed by the sudden earth movement in the affected areas which was their first experience in many years.

The tremor instilled fear in residents, resulting in confusion about the cause of the terrific happening around them.

But, the Director-General of the agency, Mr Abass Idris, in an interview with the News Agency of Nigeria, NAN, on Friday in Abuja, said there was no cause for alarm.

According to him, the earth-shaking around Mpape and some parts of Maitama district does not imply that the FCT and indeed the country is under the threat of earthquake, saying that the agency is in firm control of the situation.

“We are urging all residents to calm down and be rest assured that the abnormal situation would soon stop,” he said.

Idris said the possible cause of the incident may be due to earth tremor which he explained, is a “sign of seismic movement within the earth that was caused by a sudden break along a fault line.

“This sudden release of energy makes the ground to shake which may be caused by stress in underground rocks and may be due to rock blasting and mining activities in the area.

“When personnel of the agency interacted with residents of Mpape and its environs, they gathered that this was not the first time the shaking has occurred but has happened five years ago”.

The DG appealed to the residents of the affected area to remain calm as the agency was doing all within its powers to bring the situation under control within the shortest time.

He, however, said that there was a need for residents to  relocate to a safer zone, warning that if living in a building during the tremor, residents should either vacate their houses or take cover under desks or tables and hold tight until the shaking is over.

He also said that residents should stay away from windows and objects that were likely to fall and also find a clear spot away from buildings, trees and power lines.

“If you are in the car, slow down and drive to a clear place, stay in the car until the shaking stops,” he added.