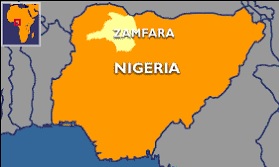 The ongoing banditry in Zamfara State has claimed over 3,000 lives and destruction of over 2,000 homes in the past seven years. Also, the bandits have burnt over 500 cars while 500 people were kidnapped for ransom within the same period.
The state government has spent N17 billion on fighting the problem. The Secretary to the State Government (SSG), Prof. Abdullahi Shinkafi, made the disclosure yesterday in Gusau at a town hall meeting, organised by the Nigerian Bar Association (NBA).

The meeting was called to find a lasting solution to the worsening insecurity in the state. Speaking at the event, the Emir of Zurmi in Zamfara, Alhaji Abubakar Mohammed, said the people of the emirate need solution to the persistent banditry in the town and not sympathy or condolences.

Mohammed, who spoke in Hausa, which was later translated to English, complained that there had been too many of such visits without any solution to the problem. He said that the bandits, who were in the community, were constantly calling people of the area and threatening to kidnap them or their relations for ransom. He called on the NBA, the government and other stakeholders to evolve practical solutions to the problem as they were living in constant fear.The emir berated lawyers in the state, saying that their conduct was fuelling the crisis, accusing them of securing bail for the bandits each time they were arrested.

He said that the released bandits usually went back into the society to haunt those they suspected of being informants as well as their relations. On his part, Shinkafi said that the N17 billion was spent from 2011 to date, to procure vehicles for security agencies, pay allowances to security operatives, provide accommodation for soldiers of the 232 Battalion and other logistics.

“When you hear N17 billion, it sounds huge. But when you break it down to the various components in tackling insecurity, you will see that it is not even enough. “In 2011, we provided 457 vehicles for security agencies; in 2012, we provided 2,250 vehicles; in 2014, 77 vehicles and 50 vehicles each in 2015, 2016, 2017 and 2018. “We also have to give funds to those affected by these attacks to at least help them in some way.” According to Shinkafi, the state has been sitting on a time bomb for long and there is need for citizens, the state and Federal Government to be more concerned and find ways to stop the bomb from exploding.

He recalled that the crisis, which started as a minor clash between herders and farmers, had been taken over by armed bandits, who had carried out about 40 attacks. Calling on parents in the state to take proper care of their children, the SSG implored men not to marry more than one wife where it was clear they didn’t have the means.

“When as parents you do not attend to your children, the bandits hijack them and recruit them to work for them. And as a man, you don’t have to marry four wives if you know you don’t have the means,” he said. He attributed the banditry to shortage of manpower in the state, stressing the need for more indigenes to show interest in joining the security services to protect the state.

The National President of the NBA, Mr. Abubakar Mahmoud (SAN), wondered why the Federal Government would allow the state to spend so much of its funds on security. He argued that the sum would have been used to build infrastructure and grow the state’s economy, adding that security opera-tions should be funded by the Federal Government and not the states. He, however, noted the need for the Zamfara Government to show leadership in the fight against insecurity. According to him, providing funds without being present to monitor how the funds are spent cannot not yield the desired results. Mahmoud said the visit by the NBA was not political, but a move aimed at promoting peace, resolving the conflict and upholding the Nigerian Constitution.

He assured that the association would dialogue with Governor Abdulaziz Yari on various allegations against him, particularly that he was never present in the state to attend to state matters. Some of the participants who spoke at the meeting, accused Yari of running the administration in absentia and called on the Federal Government to declare a state of emergency in the state. Senator Saidu Dansadau, a former lawmaker, said that management of security was capital intensive and that the leadership must be on ground to monitor how such money was spent. Dansadau also argued that the only solution to the crisis in Zamfara was to declare a state of emergency in the state. “For Zamfara to be peaceful again, a state of emergency must be declared.

It is no longer an issue of getting adequate arms and ammunition or security personnel,” Dansadau was quoted by the News Agency of Nigeria (NAN). For Mr. Aliyu Gusau, the Director of Public Prosecutions in the Federal Ministry of Justice, the issue was that the people of the state no longer trusted the government.

“The communities are more loyal to the bandits because promises and assurances given by the government are never fulfilled,” he lamented. He also blamed lawyers in the state for being too quick to defend and secure bail for arrested bandits and attributed this to the failure of justice delivery in the state. Other speakers also identified poverty, unemployment, corruption, ignorance, ethnic and religious sentiment as some of the factors fuelling insecurity in the state.

The NBA president admonished lawyers and cautioned them to represent accused persons within the ambits of the law. He said that other issues raised by the emir and stakeholders would be investigated with a view to ensuring that peace returned to Zurmi and the entire Zamfara.