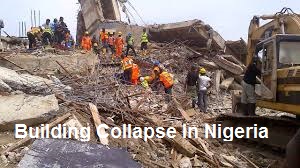 No fewer than 272 people have been killed in 43 incidents of building collapse across the country in the last 17 months, Daily Trust findings reveal.


The highest deaths were recorded in 2016 when 251 people were killed and 80 people injured in 20 incidents.

In 2017, there were 23 reported cases of building collapse across the country, in which 21 people died and 67 others were injured, according to media reports analysed by this newspaper.
Most of the collapsed buildings were those under-constructions.

Akwa Ibom State recorded the highest casualty figures in which more than 200 people died and 30 injured when Reighners Bible Church in Uyo, the capital collapsed on December 10, 2016.

The data obtained by Daily Trust have shown that 34 people died and 11 injured in an uncompleted building which collapsed in Lekki Gardens Estate in Lagos on March 8.

Two people died and one other was injured in a residential building in Oni-Fufu Compound in Ogun on March 24, 2016 while on May 13, 2016 two others died and five injured in an uncompleted building in Itoku Market.

In Jigawa State, four people died and one got injured in Unguwar Tambai, Maigatari on April 21, 2017.

In Anambra State, four people died and fourteen others injured in three incidents in Ndiagu-Ogidi,  Ogba and Oko villages between May 31 and July 13, 2016.

One person died and three others were injured in an uncompleted church collapse in Asaba in Delta State on July 19, 2016.

Four people were killed in two building collapse incidents in Gwarimpa and  Kado village in Abuja on August 22, and October 26, 2016 respectively.   Seven others were injured in the two incidents.
Similarly, in 2017, one person died and nine injured when an uncompleted building in Ibadan, Oyo State capital collapsed on March 1, 2017.

Other incidents occurred in Ogun, Enugu and Rivers states between March 8 and 23, 2017.
Commenting, chairman of the Council of Registered Builders of Nigeria (CORBON), Professor Kabir Bala, said the involvement of quacks in the construction industry was responsible for the increasing collapse of buildings in the sector.

“Quackery is one of the causes. Two, there are design problems. There is material problem like quack contractors. There are a number of reasons and one of the ways by which this can be reduced substantially is by passing the law that will enforce the use of the Nigerian Building Code and endorsement by the Federal Executive Council.

However, Alhaji Murtala Aliyu, former Minister of State, Federal Ministry of Power and Mines said, “The main blame goes to building owners who want to save cost as they use quacks who want to use cheap and substandard materials and also reduce the required amount needed to make a standard building.

“But professionals  have a code and a disciplinary committee to face and possible sanction and prosecution when they did not abide by the professional code of ethics and practice and will always abide by the law,” he said.

“I am still emphasizing that that those who import materials directly for their buildings to have the materials tested by the Standard Organisation of Nigeria and other relevant agencies to determine their standard or otherwise to avoid having a collapsed building and possible loss of lives,” he said.
Senator Kabir Ibrahim Gaya, Chairman Senate Committee on Works, said, “I have to blame two people on collapsed buildings: We the professionals and sometimes the client. I blame the professionals, as some are not qualified to do the job, and then they accept the job that they know they cannot do and they do it at a cheaper rate.

“The other aspect is the client who looks for a quack consultant so that he pays less. People don’t know that you pay less for design, and at the end of the day, you lose your building when it collapses.”