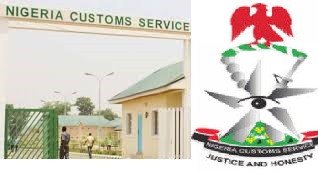 The Nigerian Customs Service has begun the implementation of the directive issued by the Federal Government, directing the dismantling of all illegal check points by its operatives across the country.


A circular from the office of the Deputy Comptroller General on Enforcement and Investigations, addressed to all Ag. DCGs, ACGs, Zonal Coordinators, CACs, Comptrollers FOUs, GIU, CGCs compliance Team and Marine Command, and dated 25th July 2017 stated that the directive was in reference to the memo by the Presidential Enabling Business Environment Council of 18th July 2017 recommending the action.

The letter which was signed by the DCG himself, A. Dangaladima, said only two checkpoints, namely the ones situated at Agbara and Gbaji along Lagos-Badagry -Seme road were ‘statutorily approved.’

“I am directed to convey CGC’s directive to all the commands and units to ensure immediate implementation,” the letter read.

“For the avoidance of doubt, it is hereby emphasised that checkpoints mounted outside 40km to the border are illegal while information patrols outside this point should not last more than 24 hours at any given time.

“The 40km radius applies to the borders and consequently there should be no checkpoints within the port areas.

“To further clarify these issues, it should be reminded strongly that only two check points situated at Agbara and Gbaji along Lagos-Badagry-Seme road are statutorily approved for instance.

Henceforth, zonal coordinators, Comptrollers FOUs, CACs, CIU and other units will be jointly held responsible for flouting the directive.

“Ensure widest circulation for strict compliance.”
The directive by the Customs was sequel to an earlier letter from the PEBEC, signed by the Senior Special Assistant to the President on Industry, Trade and Investment (Office of the Vice President) Jumoke Oduwole and addressed to the CGC, Hameed Ibrahim Ali on the 18th of July.

The letter stated that the aim was in furtherance of the mandate of the Presidential Enabling Business Environment Council to see to the implementation of the initiative of the ease of doing business within Nigeria.

It also noted that the council along with relevant ministries and government agencies had started weekly engagements for the implementation of the mandate.

“From the foregoing scoping exercise of the Technical Committee, the following reform initiatives have been identified and agreed as short-term reforms to be implemented by the NCS before Friday August 11, 2017,” the letter read in part.

“Enforcement of compliance of the above stated directive.

“Creation of awareness on the approved NCS check points across Nigeria through publication on the NCS website and all NCS command offices.”

The letter further noted that the NCS would be required to provide a status update to the council on the implementation of the directive.

Culled from: Premium Times
Posted by Don Okereke at 5:21:00 pm