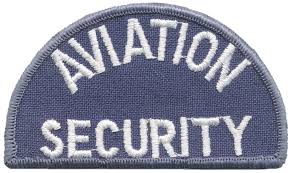 
A statement by the UNCCT on Friday in Abuja, said the project was initiated in July 2016.

It said the capacity-building project, which was co-founded by the British Government and Northern Island, was being implemented by UNCCT in partnership with Nigerian government.

According to the statement, the graduates will train aviation security experts in two training centres to be established in Lagos and Zaria.

“The project responds to the current security environment and supports strengthening of the aviation security sector in Nigeria and the broader region.

“It has brought together the best aviation security and counter-terrorism experts worldwide to develop these new training centres of excellence in Nigeria.

“This project is designed to improve aviation security at all airports throughout Nigeria, through a more efficient security screening process for all passengers, in accordance with the international standards required by ICAO and the European Union.

“The project will contribute directly to the Nigerian Government’s overall counter-terrorism strategy by helping to mitigate the threat posed to civil aviation by terrorist organizations and their operatives.
“It also contributes to the implementation of the United Nations Security Council resolution 2309 adopted on Sept. 22, 2016, which calls on member-states to take all necessary efforts to improve and protect aviation security worldwide,” it said.

The statement added that the project also demonstrated the willingness and the continued effort of the Government of Nigeria to battle terrorism and protect its people.

“The UNCCT was established in 2011 at United Nations headquarters in New York, within the Counter-Terrorism Implementation Task Force (CTITF) Office.

Culled from: Leadership NewsPaper
Posted by Don Okereke at 12:30:00 pm