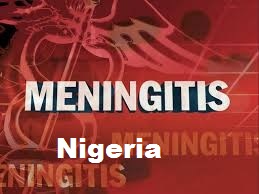 The death toll from the meningitis outbreak in Nigeria has reached 745 since November 2016.
This is contained in an update released by the Nigeria Centre for Disease Control (NCDC) on Wednesday.


It noted that 8,057 suspected cases of meningitis have been reported across the countrified so far.
Of this figure, 7,519 (93 per cent) occurred in five states that had reached outbreak levels for Cerebrospinal Meningitis (CSM) serotype C.

The update said the National Primary Health Care Development Agency (NPHCDA) and the NCDC are working assiduously to contain the outbreak.
“Both government agencies noted that they have stepped up their activities,” it added.

“These include raising awareness of the outbreak in communities, implementing enhanced surveillance to quickly detect and report new cases, vaccinating populations at the highest risk and treating persons diagnosed with the disease, as well as outbreak preparation in local government areas and states at risk of the outbreak”.