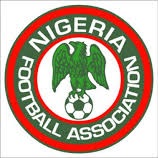 The Nigeria Football Federation (NFF) has disclosed that it is implementing a programme that would ensure the security of lives and property of the senior national team's players and officials when they visit South Africa for a Cameroun 2019 African Nations Cup qualifier in June.


South Africa is currently gripped by Xenophobic attacks that have seen the indigenes attacking Nigerians and other African nationals living in the country.

The Nigeria football governing body said it would not hesitate to complain to the Confederation of African football (CAF) on the security of lives of Nigerians in South Africa if the Xenophobic unrest continued to escalate in the former Apartheid enclave.

Speaking with The Guardian yesterday, NFF Secretary Generate, Mohammed Sanusi, said the attacks against Nigerians and other foreign nationals in South Africa was a worrisome development, especially now that the Eagles would play against Bafana Bafana in the AFCON qualifier.

He revealed that the NFF would not keep its eyes closed on the issue, adding that the federation would consistently communicate with the Nigerian embassy in South Africa for security reports for the Super Eagles ahead of the match.

He disclosed that the football house would not allow the Super Eagles to fly to South Africa for the AFCON tie if there were no clear assurance of the safety of Nigerian players and officials before the game.
Sanusi also revealed all the arrangements for the Eagles' warm up ties against Senegal and Burkina Faso has been put in place, adding that the federation would ensure the Eagles got their bonuses promptly after every engagement.

"We don't have anything to fear because South Africa is playing in Nigeria first. What the NFF will be doing now is to keep talking to the Nigerian Embassy in South Africa and other appropriate authorities to know the security situation before our away match.

"We don't pray for the xenophobic attack to continue in the country, but if there is need for the NFF to complain, it would be done. The NFF doesn't know the city South Africa will host the AFCON qualifier. But from information, the cities that are in the forefront of this violence are

Pretoria and Johannesburg. I can assure you that all logistics that will make the Super Eagles come out successful in the encounter will be adequately taken care of," he said.