How Lack of Scanners Jeopardise Security At Nigerian Seaports 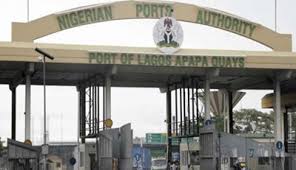 As Nigeria contends with serious security and terrorism challenges, recent indications revealed that the nation’s entry points, particularly the seaports are not well monitored to guide against influx of arms, ammunitions and some unwholesome goods.


Officials of the Nigerian Customs Service (NCS) have been largely blamed for this unacceptable phenomenon, but stakeholders are also of the view that the Federal Government is also failing in its duty of providing adequate equipment to enhance adequate inspection of goods at the ports.

Investigations showed that all the scanners in Nigerian ports transferred to Nigeria Customs Service in 2014/2015 have all collapsed with the several negative effects such as; serious security threat as a result of physical/manual inspection on containers, cargo delays and excessive payment of rent and demurrage by importer/ licensed Customs Agents.

Besides, this result in costly inspection to importer/ Licensed Customs Agents who go on physical inspection without scanners, and are strangers to the transaction, due to non-availability of scanners at the port of destination and non-inspection before shipment.

The President, National Council of Managing Directors of Licensed Customs Agents (NCMDLCA), Lucky Amiwero called for urgent need to repair the scanners in the ports, describing it as a core security tool to reduce the influx of illicit goods into the country.

In a recent letter to the President, which was obtained by The Guardian, Amiwero said Nigeria is presently practicing Destination Inspection (DI) of import, which allows goods to be imported into the country without inspection. This, he said contravenes various provisions of Customs-to-Customs standards on World Customs Organisation (WCO) SAFE framework of standard to secure and facilitate global trade.

According to him, destination inspection process of import on cargo allows the illicit cross-border movement of weapons of mass destruction, drugs, arms, ammunitions, counterfeit hazardous waste and human trafficking, as presently practiced in Nigeria, which allows goods into Nigeria without pre-screening to identify high risk goods before shipment.

“The process of no inspection/pre-screening of goods coming into Nigeria poses greater security risk by the influx of arms, ammunition, contrabands, narcotics, explosives and unwholesome items into the country in contravention of standard 2, 3 and 11 of the WCO SAFE framework of Standard,” he said.

Founder, National Association of Government Approved Freight Forwarders, (NAGAFF) Boniface Aniebonam, expressed worries that the hydro scanners are not working for automation of Customs examination.  “Even when they are working, they may not serve the purpose because they are obsolete and cannot even detect the assault rifles in a container. This is very regrettable,” he said.

Aniebonam said: “It is trite to mention that trade is very critical to our ailing economy and as such we must ensure that trade is not only facilitated, but seen to have been facilitated in the interest of the national economy. We recall the importation of large volume of cocaine and the case of eleven containers of rocket propellers and other related arms at our ports in the past years.  In other words these are things the public is aware that usually happen.

What we need to do as a people and the government in particular, is to give reasonable information and provide the tools of trade facilitation for the optimal performance of the officers and men of the Customs in the Customs ports and approved border stations respectively.

Culled from: Guardian Newspaper
Posted by Don Okereke at 7:21:00 am