The Nigerian Army has said due to its ongoing final clearance and occupation of Boko Haram terrorists hideouts in Sambisa forest, a number of the terrorists are escaping the theatre of operation in the North-east to other parts of the country.


It therefore warned members of the public, especially residents of Adamawa, Borno and Yobe States, to be extra vigilant and security-conscious of strange movements or persons in their areas. 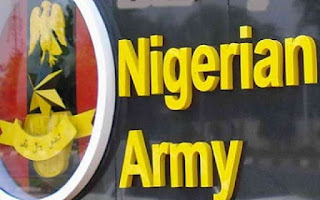 A statement by the acting Director Army Public Relations, Brigadier General Sani Kukasheka Usman, said: “The public is also please requested to report any suspicious person or group of persons to the security agencies for prompt action.”

While thanking Nigerians for their cooperation so far in the war against the terriorists, Usman also reiterated the commitment of the military to clearing the remnants of the Boko Haram terrorists in all their suspected hideouts by the end of this year.

“We wish to reiterate our commitment of clearing the remnants of the Boko Haram terrorists in all their suspected hideouts by the end of this year. We therefore solicit for more public support and cooperation to achieve that.”