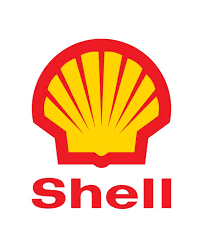 
Force majeure is a legal term that frees a company from any contractual obligation due to circumstances beyond its control. SPDC did not disclose the volume of production lost from Bonny, which is one of Nigeria’s main export terminals. But Shell’s website said the Nembe Creek Trunk Line, which runs for 100 kilometres (62 miles) through the delta region to the Bonny terminal, can handle up to 600,000 barrels per day (bpd).

Bloomberg quoted the pipeline operator Aieto Exploration and Production Company as saying at least 78,000 bpd of the firm’s crude output has been shut down. A spokesman for Aieto said the cause of the leak could not be immediately identified. “We don’t know if it’s an attack or sabotage,” Sola Omole was quoted as saying.

The Nembe pipeline was damaged with the Trans-Niger pipeline in August last year, again forcing SPDC to declare force majeure on Bonny Light exports. Tuesday’s incident comes after an increase in attacks on oil facilities and infrastructure by militants wanting a fairer share of revenue for local people in the impoverished region.

The Niger Delta Avengers group last week claimed responsibility for attacking the Okan offshore facility operated by US group Chevron. Previous pipeline attacks have halted shipments from Shell’s Forcados terminal and in the wake of the Okan incident, employees were airlifted from the Eja facility. The overall effect has been to cut output. Bloomberg said on Tuesday production had dipped to below 1.7 million bpd for the first time since 1994.