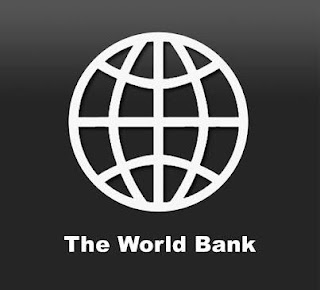 The World Bank is setting aside $800 million in support of the rebuilding of infrastructure devastated by years of Boko Haram insurgency in the Northeast.


The United Nations (UN) Resident and Humanitarian Coordinator, Fatma Samoura, who disclosed this on Thursday, stated that the global body was increasing its presence in Borno and other Northeastern states devastated by insurgency.

Samoura, who is also the United Nations Development Programme (UNDP) resident representative in Nigeria, spoke in Maiduguri, the Borno State capital, during a courtesy visit to Governor Kashim Shettima.

She, however, expressed regret that the UN was having challenges in mobilising resources for Nigeria in view of the humanitarian crises in other parts of the world.

She said: “Yesterday (Wednesday), we had a long discussion with the World Bank team that came from Washington D.C. to attend the workshop.

“The workshop is for validating the year findings of the recovery and peace-building assessment. They have promised to leverage 800 million dollars for the Northeast in response to recovery, rehabilitation, de-mining, waste management and debris processing for the Northeast of Nigeria,” she said.

“As we all know, the Syrian crisis that is affecting Europe is also taking a heavy toll, in terms of funding, from our traditional donors. We are trying our best to ensure that our advocacy and our communications strategy are up to the levels where we will be receiving more attention from the donor community.

“The humanitarian response plan, as we speak, is just 10 per cent funded, meaning we have only received $24 million. This is out of $248 million budgeted for the Northeast of Nigeria for 2016,” she explained.

Samoura, however, pledged that the UN would continue to complement the World Bank and the EU’s support to address the root causes of poverty and exclusion in the Northeast.

“The UN will be on your side in order to address the humanitarian situation. The UN will also support the Borno government in its work on recovery and rehabilitation for the safe return of the IDPs (internally displaced persons) back to their areas of origin,” Samoura assured her host.

Her visit to Maiduguri, she said, was a demonstration of the sympathy of the UN to the deplorable situation of the 1.8 million people displaced by insurgency, even as she applauded the strong leadership and commitment exhibited by the governor in exploring lasting solutions to safe and voluntary return of the IDPs to their original homes.

In his response, Shettima thanked the UN for identifying with the government and people of Borno in finding out the causes, as well as exploring lasting solutions to insurgency.

The governor stated that the $800 million financial commitment by the World Bank was grossly inadequate considering the enormous challenges wrought by insurgency.

According to Shettima, “It is in the interest of humanity to rally round Nigeria against Boko Haram. The developed world gave Turkey $2 billion to resettle refugees from Syria. There are about two million IDPs from Borno and 20 local government areas were overran by Boko Haram and there is food crisis now in the state,” he said.

The federal government last July, obtained a commitment of $2.1 billion as credit from the World Bank to rebuild the Northeast zone when President Muhammadu Buhari visited the United States.
Speaking after the meeting with representatives of the World Bank and other donor agencies, Buhari hailed the decision to invest $2.1 billion in rebuilding the troubled region.

“The World Bank will spend the $2.1 billion dollars through its (International Development Agency), which gives low interest rate loans to government.

“The first 10 years will be interest free, while an additional 30 years will be at lower than cammercial market rates. The World Bank is eager to move in quickly, give out the loan, and give succour to the people of the Northeast, long at the mercy of an insurgency that has claimed over 20,000 souls,” Buhari had said.

Culled from: ThisDay Newspaper
Posted by Don Okereke at 6:35:00 am