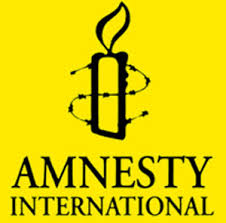 Mass slaughter of hundreds of men, women and children by soldiers in Zaria and the attempted cover-up of this crime demonstrates an utter contempt for human life and accountability, said Amnesty International as it publishes evidence gathered on the ground revealing how the Nigerian military burned people alive, razed buildings and dumped victims’ bodies in mass graves.


"The true horror of what happened over those two days in Zaria is only now coming to light. Bodies were left littered in the streets and piled outside the mortuary. Some of the injured were burned alive"

The report, Unearthing the truth: Unlawful killings and mass cover-up in Zaria, contains shocking eyewitness testimony of large-scale unlawful killings by the Nigerian military and exposes a crude attempt by the authorities to destroy and conceal evidence.

“The true horror of what happened over those two days in Zaria is only now coming to light. Bodies were left littered in the streets and piled outside the mortuary. Some of the injured were burned alive,” said Netsanet Belay, Amnesty International’s Research and Advocacy Director for Africa.

“Our research, based on witness testimonies and analysis of satellite images, has located one possible mass grave. It is time now for the military to come clean and admit where it secretly buried hundreds of bodies.”

More than 350 people are believed to have been unlawfully killed by the military between 12 and 14 December, following a confrontation between members of the Islamic Movement of Nigeria (IMN) and soldiers in Zaria, Kaduna state.

IMN supporters - some armed with batons, knives, and machetes - had refused to clear the road near their headquarters, the Hussainiyya, for a military convoy to pass. The army has claimed that IMN supporters attacked the convoy in an attempt to assassinate the Chief of Army Staff. IMN members deny this.

Following an initial confrontation the military surrounded other locations where IMN supporters had gathered, notably at the residential compound of IMN leader Ibrahim Al-Zakzaky. Some people were killed as a result of indiscriminate fire. Others appeared to have been deliberately targeted.

All available information indicates that the deaths of protesters were the consequence of excessive, and arguably, unnecessary use of force.

Zainab, a 16-year-old schoolgirl, told Amnesty International: “We were in our school uniforms. My friend Nusaiba Abdullahi was shot in her forehead. We took her to a house where they treated the injured but, before reaching the house, she already died.”

A 10-year-old boy who was shot in the leg told Amnesty International how his older brother was shot in the head as they tried to leave the compound. “We went out to try to shelter in a nearby house but we got shot.”

On 13 December, two buildings within Ibrahim Al-Zakzaky’s compound, one of which was being used as a makeshift medical facility and mortuary, were attacked by soldiers.

Alyyu, a 22-year-old student, told Amnesty International that he was shot in the chest outside the compound and was taken inside for treatment: “There were lots of injured people in several rooms. There were dead bodies in a room and also in the courtyard.

Around 12-1pm soldiers outside called on people to come out, but people were too scared to go out. We knew they would kill us. Soldiers threw grenades inside the compound. I saw one soldier on the wall of the courtyard shooting inside.”

One mother described a phone conversation with one of her 19-year-old sons before he was killed alongside his twin brother and their step brother and sister in the compound. “They are shooting those injured one by one,” he told her.

"From far I could only see a big mound but when I got closer I saw it was a huge pile of corpses. I have never seen so many dead bodies''
- Witness to the Zaria massacre

As soldiers set fire to the makeshift medical facility in the compound that afternoon, Yusuf managed to escape despite serious gunshot wounds: “Those who were badly injured and could not escape were burned alive,” he told Amnesty International. “I managed to get away from the fire by crawling on my knees until I reached a nearby house where I was able to hide until the following day. I don’t know how many of the wounded were burned to death. Tens and tens of them.”

Footage believed to have been shot on mobile phone by IMN supporters after the incident shows bodies with gunshot wounds as well as charred bodies strewn around the compound.

After the incident the military sealed off the areas around al-Zakzaky’s compound, the Hussainiyya and other locations. Bodies were taken away, sites were razed to the ground, the rubble removed, bloodstains washed off, and bullets and spent cartridge removed from the streets.

Witnesses saw piles of bodies outside the morgue of Ahmadu Bello University Teaching Hospital in Zaria. A senior medical source told Amnesty International that the military sealed off the area around the morgue for two days. During that time he saw army vehicles “coming and going”.

A witness described to Amnesty International what he saw outside the hospital mortuary on the evening of 14 December: “It was dark and from far I could only see a big mound but when I got closer I saw it was a huge pile of corpses on top of each other.  I have never seen so many dead bodies. I got very scared and run away. It was a terrible sight and I can’t get it out of my mind.”

''It is clear that the military not only used unlawful and excessive force against men, women and children, unlawfully killing hundreds, but then made considerable efforts to try to cover-up these crimes''
- Netsanet Belay, Amnesty International

Another witness told the organisation how he had seen diggers excavating holes at the site of the suspected mass grave: “There were five or six large trucks and several smaller military vehicles and they spent hours digging and unloading the trucks’ cargo into the hole they dug and then covered it again with the earth they had dug out.  They were there from about 1 or 2 am until about 5 am.  I don’t know what they buried. It looked like bodies, but I could not get near.”

Amnesty International identified and visited the location of a possible mass grave near Mando. Satellite images of the site taken on 2 November and 24 December 2015 show disturbed earth spanning an area of approximately 1000 square metres. Satellite pictures also show the complete destruction of buildings and mosques.

“It is clear that the military not only used unlawful and excessive force against men, women and children, unlawfully killing hundreds, but then made considerable efforts to try to cover-up these crimes,” said Netsanet Belay.

“Four months after the massacre the families of the missing are still awaiting news of their loved ones. A full independent forensic investigation is long overdue. The bodies must be exhumed, the incident must be impartially and independently investigated and those responsible must be held to account.”

On Monday 25 April, the military are expected to give evidence to the Judicial Commission of Inquiry established by the Kaduna State Government in January 2016. On 11 April, a Kaduna State government official told the Judicial Commission of Inquiry that the bodies of 347 members of the Islamic Movement of Nigeria (IMN)were collected from the hospital mortuary and an army depot in Zaria and buried secretly in a mass grave near Mando (outside the town of Kaduna) on the night of 14-15 December. The IMN claim a further 350 people who went missing during the incidents in Zaria remain unaccounted for.

During field research carried out in Kaduna state and Federal Capital Territory (FCT) in February 2016, Amnesty International delegates interviewed 92 people, including victims and their relatives, eyewitnesses, lawyers and medical personnel. Attempts were made to interview members of the military.

IMN leader Al-Zakzaky and his wife Zeinat Al-Zakzaky were arrested and held incommunicado. They were only allowed access to their lawyer for the first time on 1 April 2015, three and a half months after their arrest. Amnesty International has not had access to those who remain in detention but has received information from medical sources that some of the detainees were not allowed access to necessary medical care for several weeks after their arrest.

Amnesty International is calling for those IMN supporters charged in connection with this incident to be tried promptly and fairly and for those still held in detention without charge to be either immediately charged or released.

Culled from: Amnesty International
Posted by Don Okereke at 11:49:00 am